The journey continues and the La Fura´s version of Der Ring des Nibelungen by Richard Wagner, directed by Carlus Padrissa, will be replenished at the Natcional Taichung Theater. Last year in 2016 the theatrology was opened with Das Rheingold. This year, it’s the turn of Die Walküre (The Valkyrie). The second opera with music and libretto written by Wagner in the course of twenty years (1848-1874) will be in Taichung just for 3 shows: October 10th, 13th and 15th. Tickets can already be purchased through this link.

In Die Walküre, the story of the Ring moves from the gods’ home, Valhalla, to earth: Having brought Freia’s freedom with the ring in Das Rheingold, Wotan sets about regaining the golden band and its unique power. Wotan must sacrifice his son Siegmund, renounce a daughter, Sieglinde, and abandon his favorite child, Brünnhilde, the leader of the Valkyries. Like all the Ring operas, Die Walküre stands on its own as great spectacle, masterful storytelling, and electrifying music. 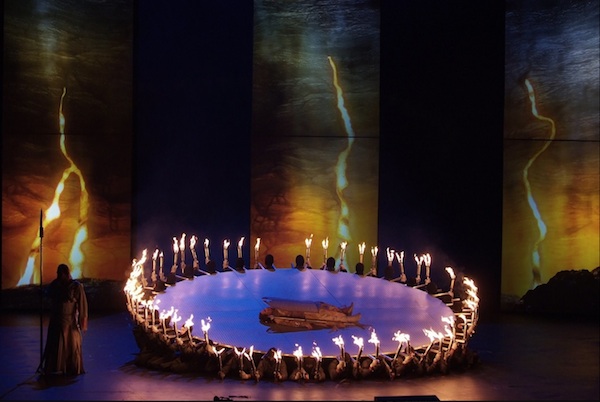