To celebrate the centenary of Histoire du soldat, La Fura reinterpreted Stravinsky‘s theatrical war, conceiving the demon not as the representative of Bad or Evil, but as the voice of unconsciousness. He moves away from the more playful approach by updating his perspective. And it is that the good and the bad are not external agents to the soldier but aspects that conform their personality and a clear sample of the human complexity.

The furan Àlex Ollé will present a staging that aims to strike a balance between the story of a soldier from a hundred years ago and the stories of our contemporary soldiers. For this, references are taken from the classic fiction ‘Johnny got his gun’ by Dalton Trumbo, and the testimony of the suicide letter of Daniel Somers, a veteran of the Iraq war. The objective: to mix between the conflict of a man who leaves a war to enter a battle with himself and his demons.

While returning to his country, a poor soldier walks with his violin. He finds himself with the Devil, who offers him to change the instrument for a magic book with which he can make a fortune. The soldier accepts, but suddenly discovers that he has lost three years of his life and that his beloved ones have forgotten him. Thus, full of wealth but unable to find happiness, he will do everything possible to recover his violin – even if that means stealing from the Devil.

Restricted by the restrictions imposed by the war, Stravinsky conceived this work on the model of the traveling theater, with a reduced instrumentation that could be played everywhere. He created an accessible work for all and crossed multiple influences: tango, ragtime, pasodoble and even jazz. Ollé will transmit all the dimensions of the work, from the most intimate to the most universal concept. Thus, he places the different stories of the soldiers of today in the heart of his creation, offering therefore a very contemporary reading of this centenary work: violence will be the metaphor of his soul.

After its premiere at the Opera de Lyon and the Opéra de Lausanne, the show arribed at the Opéra Orchestre national Montpellier Occitanie last May. Finally it will be premiered in Spain: at the Festival Castell de Peralada, in Girona next July 19 at 22 h: it will be one and a half hours long. Tickets can already be purchased through this link. 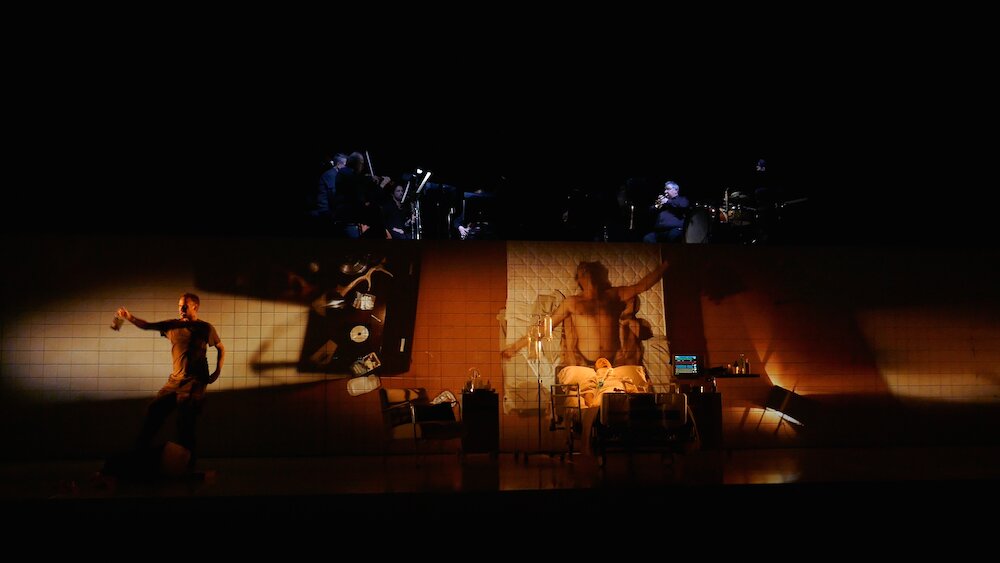