The furan version’s of Wagner Der Ring des Nibelunguen will travel to Taiwan and will be represented in two unique features: on September 30th and October 2nd. The National Taichung Theater of Taiwan so begins with Das Rheingold this 2016, the prologue of the monumental work of Richard Wagner, which will be completed in the coming seasons until 2019.

The opera, by Carlus Padrissa, and Zubin Metha managing musical direction, have shown that the theatrology by Wagner can be understood, first as suicidal degradation of nature at the hands of the technical man, as spiral destructive have a place where war, genocide and the irrational exploitation of natural resources and on the other hand, the loss of individual and cultural identity of people today, overcrowded, manipulated by himself and others, devoured by a means propaganda that mediates its decisions and makes it unique supplant their individual interests other caste or class, artificial, political, economic or socials.

The proposal by La Fura dels Baus retrieves a symbolist vision of the characters, strongly characterized with their ancestral elements remain in the middle of the scene with his clothes wrapped light and stage design. All this in a slow and continuous rotation of hues, highlights and shadows that evokes the deepest ecology and forgotten of our existence. The first delivery of the first two operas, won the distinction of best musical of 2007 awarded by critics of the newspaper El Mundo, the Campoamor Theater Award Oviedo for best opera production and the prestigious Italian Franco Abbiati (the Oscar opera) to the best scenery and costumes 2007. 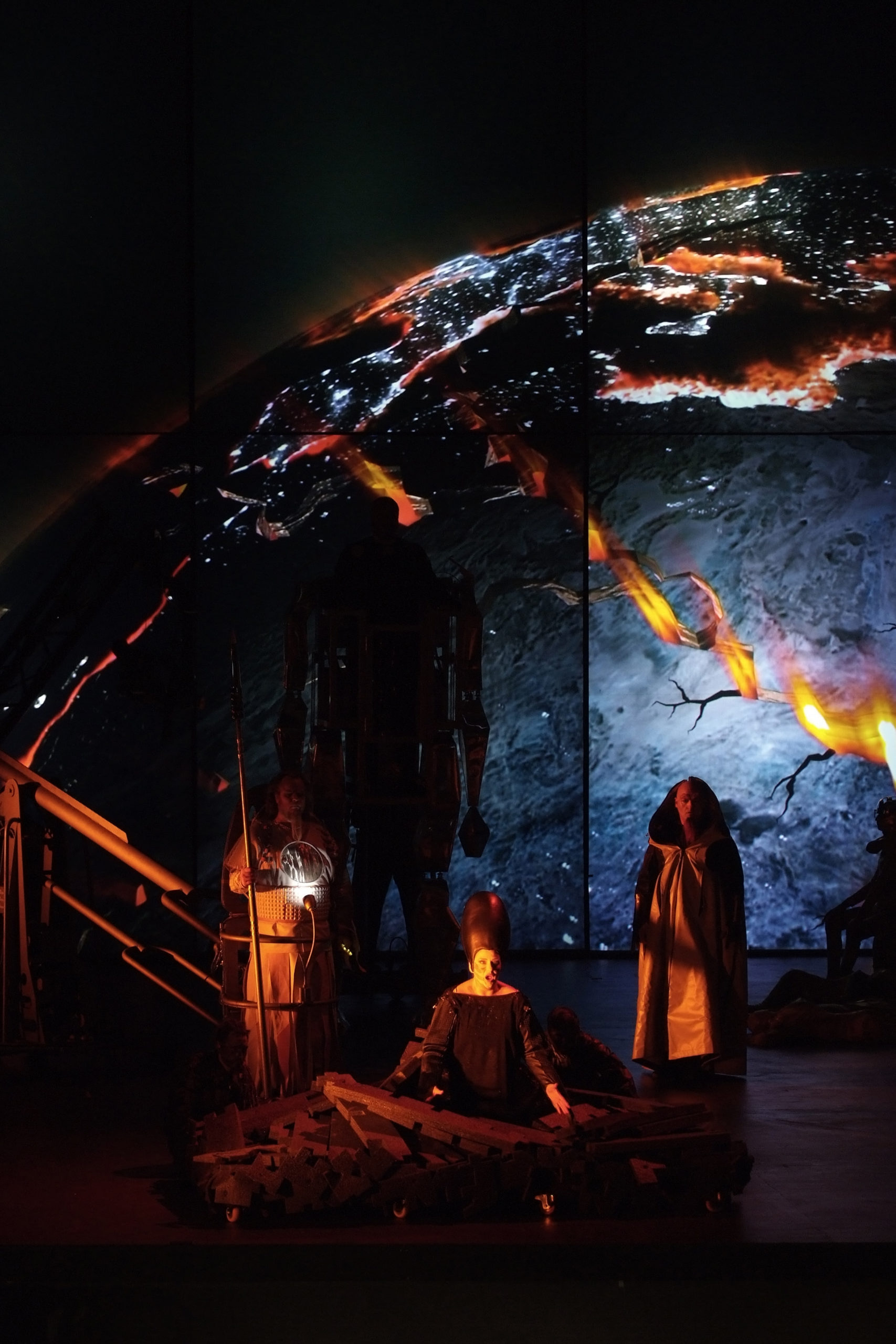