The opera Le Siège de Corinthe directed by Carlus Padrissa will kick off the festival of Pesaro (Italy) on Thursday 10th of August, at 7pm. It will be the world premiere of the new proposal of La Fura dels Baus, but it will also be performed on the 13th, 16th and 19th at the same time. It will be on the Adriatic Arena stage, under the Rossini Opera Festival. Entries are now available through this link.

The first conceptual idea of the work is war. Sebla of the siege of Corinth. And then, behind the story, is the man: the conflict against the man. A constant presence in the history of humanity. A constant struggle for power, money, land, space. In this staging of La Fura, the element that is struggled for is water, which is life for those who possess it and those who seek it. Water, like gold, like oil, as raw materials that trigger wars around the world. The same religious wars in human history, because of the struggles for economic and political power.

A show in which water plays a fundamental role, symbolized by the walls of plastic bottles scattered on the scene. History takes place on arid, salty soil, the setting is purposely timeless, the costumes worn by the two peoples (Greek and Turkish) differ only in the bloodstains that blur the customs of the Turks. War is seen as an outer element of all ages in a universal context without discount at a specific time. The same love story could now be established at the time of Isis and the wars of the Middle East, as well as in a completely different historical period. Both sides suffer in the battle: the attackers, who have water and energy, and the besieged, who want for them what the besieged defend with all their strength. And in the end, what is revealed as a recurring element is that war is done for the poor, on behalf of the rich and powerful. 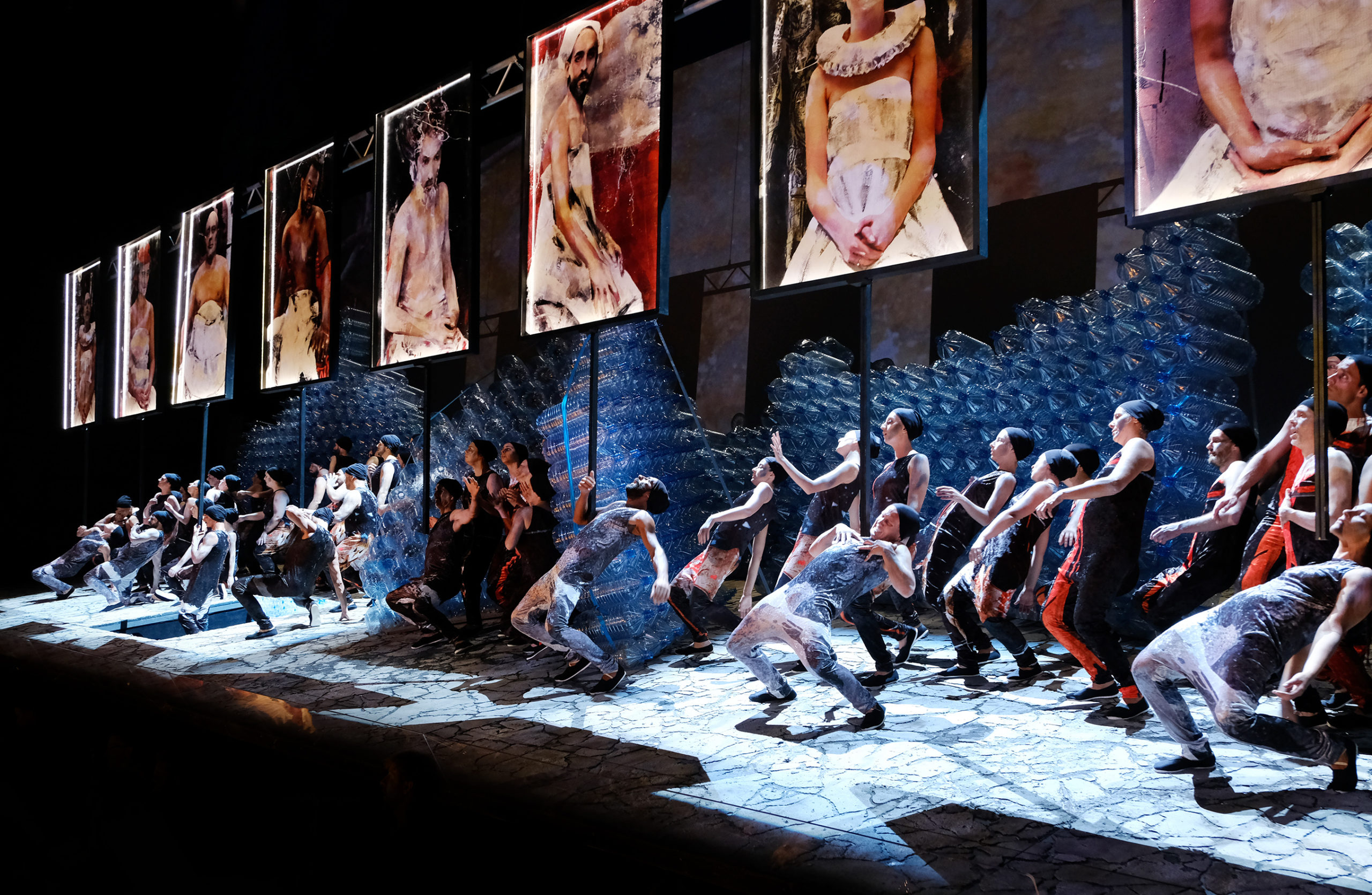