Next Saturday, September 10, at 10 p.m., as part of the Festival V centenario I Vuelta al Mundo to be held at the Muelle de las Delicias in Sevilla, the Esfera Mundi by La Fura dels Baus show will take place to surprise to the Sevillian public. Directed by Carlus Padrissa, the show is one of the highlights of the festival program at the Muelle de la Delicias with activities around the first trip around the world by Magallanes and Elcano from September 6 to 11.

The show will be performed along the banks of the Guadalquivir River with the replica of the Nao Victoria as part of the show. Esfera Mundi will have the participation of forty young volunteers who, with the help of a large crane, will fly and form a sphere in the air. Throughout the show, a bronze sculpture of a mermaid three meters high and almost half a ton in weight will emerge from the waters of the Guadalquivir River. Esfera Mundi plays with the comparison of the trip around the world of Magallanes and Elcano with the arrival of the world to the moon and tries to symbolize that the Planet is a ship and that its crew must be responsible for its conservation. The show will be free and outdoor. 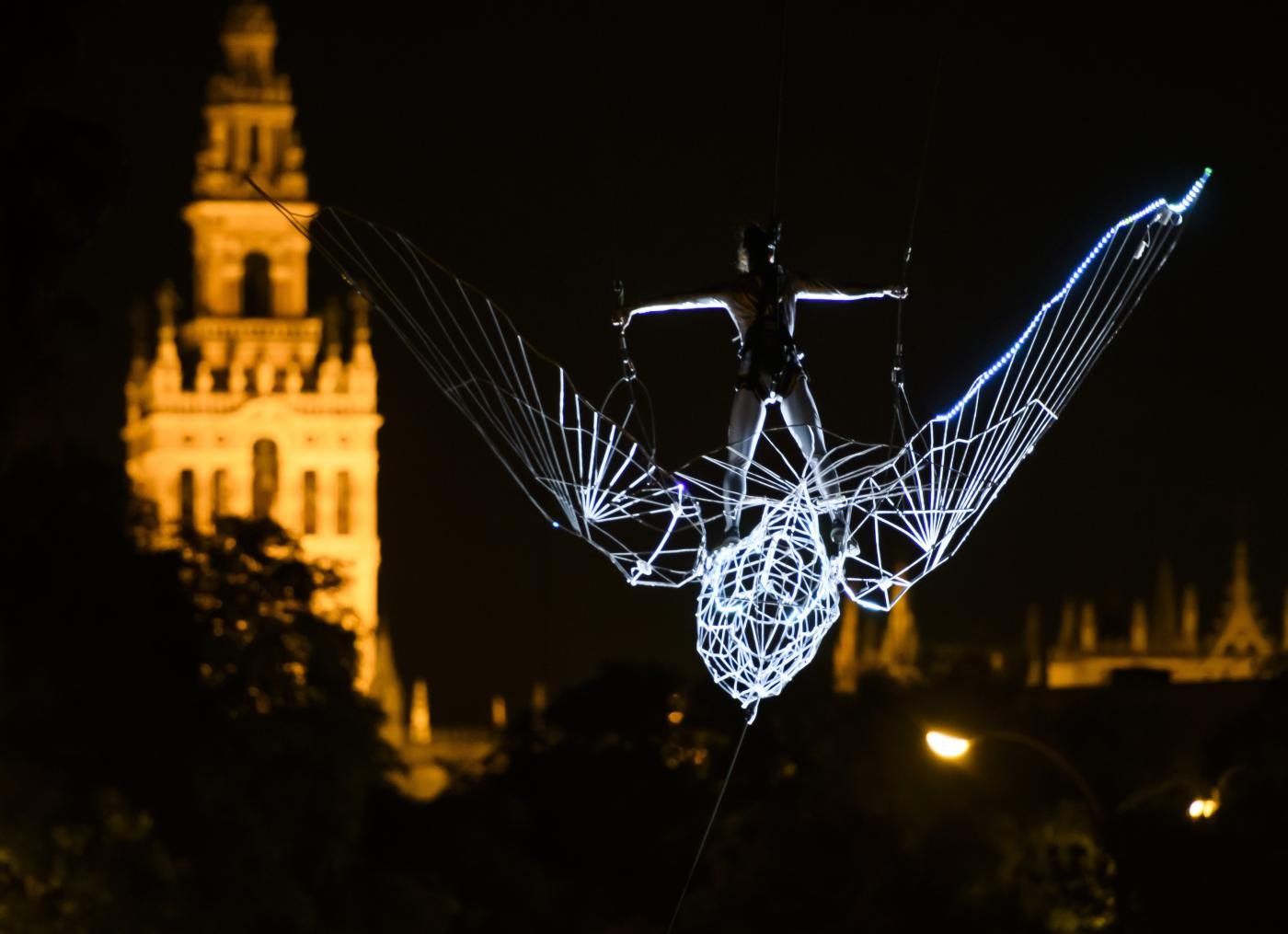