La Fura dels Baus lands in Ireland for the first time after 40 years of history of the company. It will be for a large scale show that will be remembered for a long time. The company will present Human Seed, created exclusively for the Electric Picnic Music and Arts Festival which will take place in County Laois on 31 August and 1 September.

This spectacular show will go beyond the limits of what has ever been witnessed to date. La Fura dels Baus troupe will create a mesmerising human net with the help and addition of 55 Irish volunteers. As the human net takes centre stage, it will be raised to a death-defying 40 foot over the wondrous eyes of the picnickers at Stradbally Hall. Adding further drama to the mesmeric marvel will be a 10 metres moving Transformer, that will illuminate the night time skies as it towers over the crowds below.

Directed by Pera Tantiñà, La Fura dels Baus have crafted their performance based on the story of how humans grow and come together. The show ‘Human Seed’ will become a symbol to the flower of life, for the germination of humanity. (hyper link this story)

The flower of life can only be found in the mountain of Nanic. Neira was the only one courageous enough to volunteer to go find the flower so that humanity could blossom again. She sang to the Gods to join forces with her and they gave her the strength of a Titan. She travelled through the woods and used her singing to drive away the evil. In Nanic, she found the flower of life but when she tried to pick it, the flower opened and decomposed into thousands of seeds. Neira sang again to the Gods crying with despair, but when her licks touched the ground, the kernels from the flower of life begin to grow and humanity germinated from those human seeds. 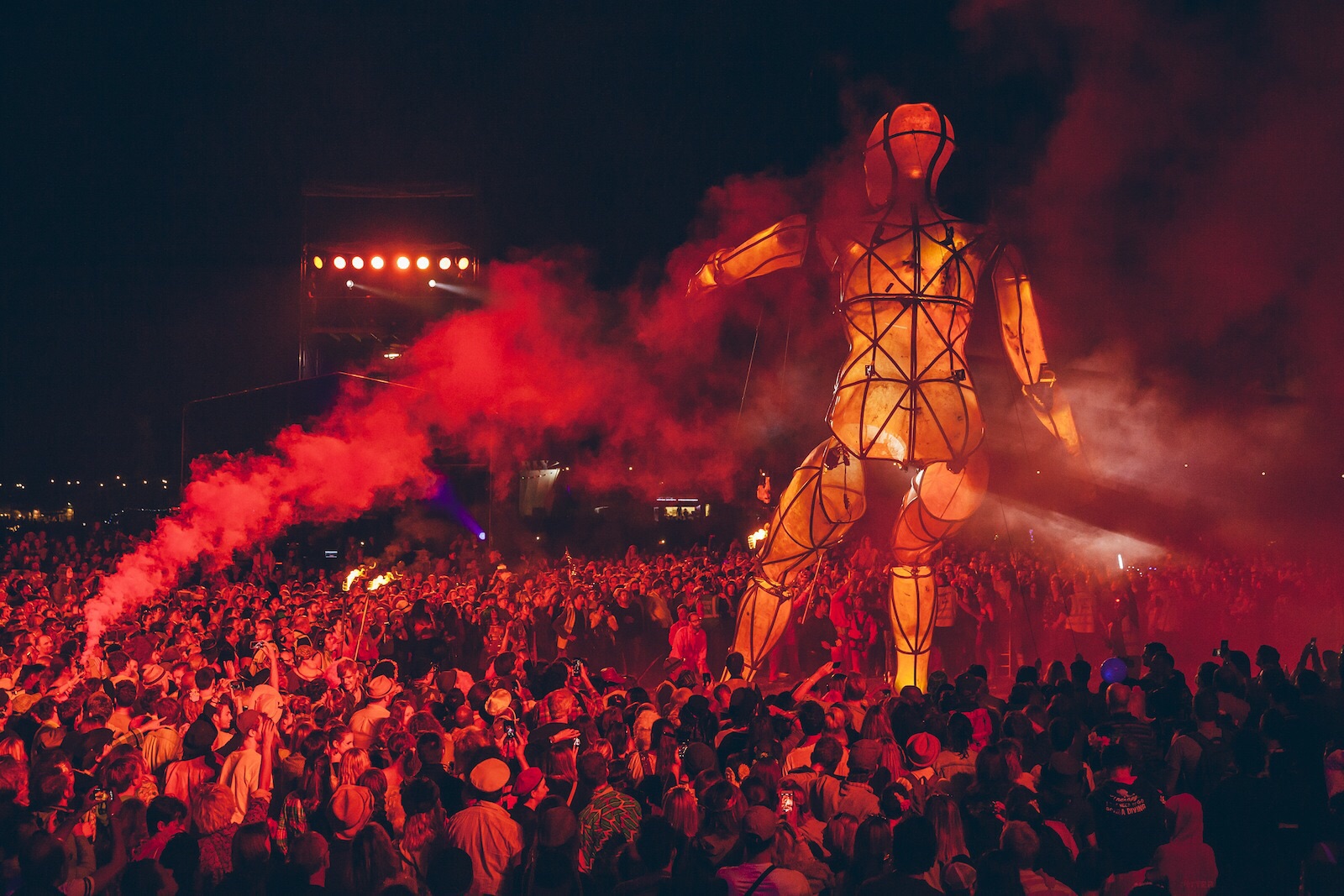