From 1997 Faust’s character has been present in Àlex Ollé’s career, first in theatre and film, and afterwards in different opera proposals. Forever taken from an actual point of view and through its conception, as a hero of knowledge. This mise en scène of Boito’s piece, created 150 years ago, means another step further, a proposal where Mephistopheles is the leading character.

Now the demon is a middle class European; a psychopath who works at a lab and hates everything that surrounds him, especially Faust, and who lives overwhelmed by the way knowledge is immediately shared in the network; the way in which everyone can have access to it, and at the same time, it is under no one’s control.

The piece Mefistofele by La Fura dels Baus takes place inside Mephistopheles’s mind through a multiple space, as a sort of Babel Tower, which contains from a battlefield which evokes the eternal fight between good and evil, to a space of leisure represented by a nightclub, or the routine office workplace. After its premiere at the Opéra de Lyon last 2018, Mefistofele by Àlex Ollé lands in Germany. A total of 8 shows will be performed from June 19 to July 12. Tickets can already be purchased through the oficial Staatsoper Stuttgart website. 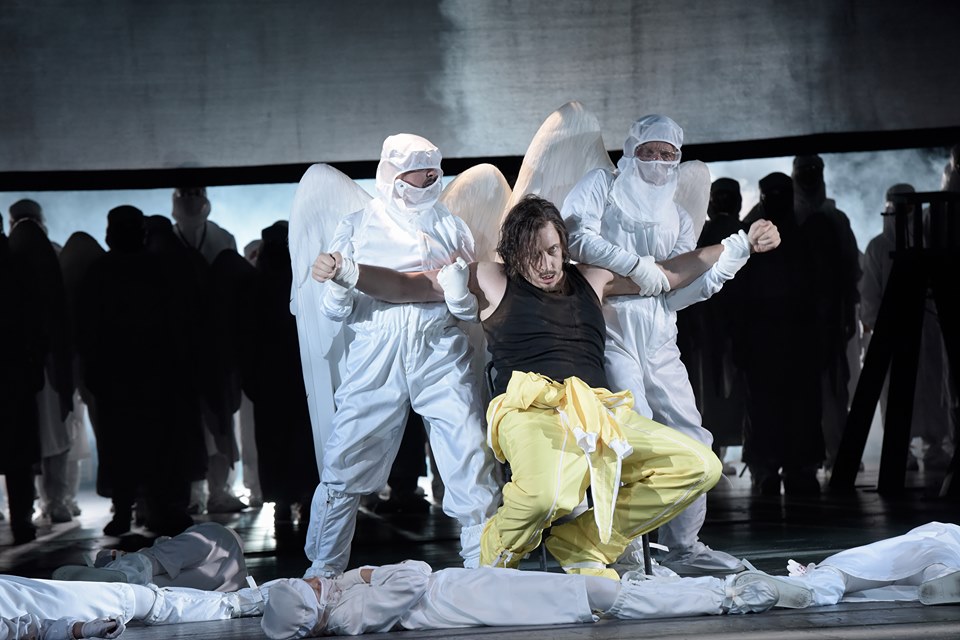