La Fura dels Baus will direct hundreds of employees from La Fageda, in a performance which can be seen on November 12th in Olot’s Festival Lluèrnia 2016. A total of 42 people will dance a choreography hanging from a crane at 40 meters of altitude. The rest will accompany them moving from the ground.

A performance directed by Pera Tantiñá that shows just how many people together make a great team. The project aims to bring to the stage a playful-therapeutic element through the action of the Dreams Human Net. Its aim is cohesion and teamwork among people with disabilities and their educators, thus weaving an emotional bond and closeness thanks to aerial choreography.

Dreams can be seen on November 12th, at 19h30 of the afternoon, at the Firalet d’Olot. With this show collaborate Ministrers de l’Escola de Música d’Olot and Pim Pam Pum Foc. This production of La Fura was created from their experience in the Paralympic Games in London and has been already seen in some catalan cities. 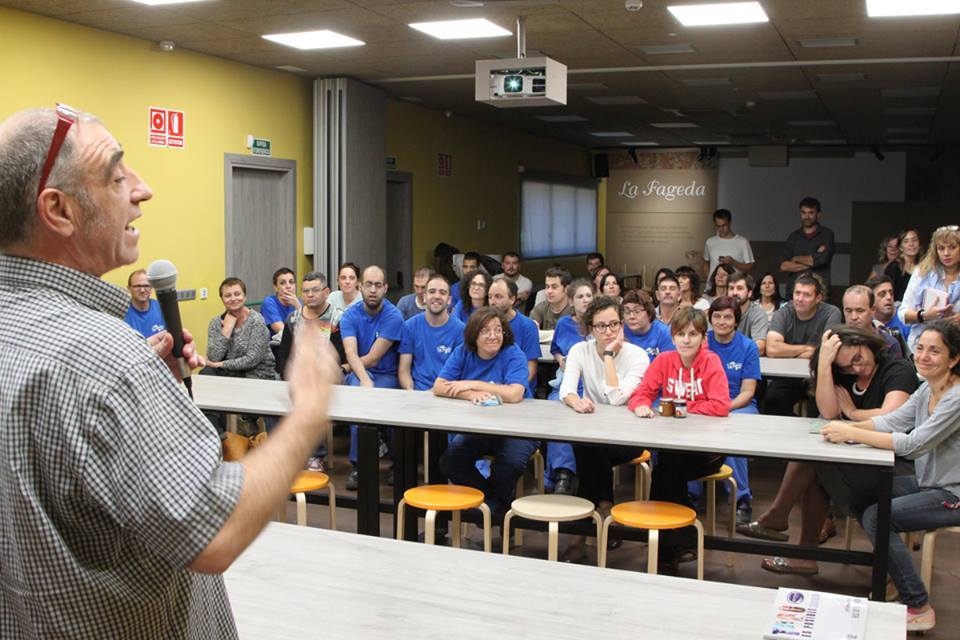