Leading bridal fashion event Valmont Barcelona Bridal Fashion Week, staged by La Fura dels Baus and its Èpica Foundation, has increased considerably its outreach thanks to the digital platform launched this year to adapt to the situation generated by COVID-19. The VBBFW app has remained active for a month, with the wide range of fashion show videos available to the public around the world and its space devoted to the trade show so as to promote commercial transactions between professionals. VBBFW has thus confirmed itself as the leading international show in its speciality and, thanks to the application of technology and by means of strategic partnerships with other international channels, it has succeeded in giving a high degree of visibility to the 2021 collections while supporting the industry in the global dynamisation of the market. Valmont Barcelona Bridal Fashion Week, organised by Fira de Barcelona, receives the support of the Ministry of Business and Knowledge of the Catalan Government.

Between 18 September and 18 October nearly 16,000 users, 68% of them from abroad, connected to the VBBFW 2020 digital platform, with Italy, the United Kingdom, France, Germany, the USA, Mexico, Brazil, Japan and China among the most prominent countries. Throughout this period the fashion shows recorded almost 70,000 views, while the 100 brands, 64% of them international ones, which took part in the digital Trade Show received a total of 6,000 requests from potential buyers to access the private space on the platform which is reserved only for professionals, who were thus able to admire all the details of the collections.

According to Jesús Díez, the president of the show and owner of Jesus Peiro, this initiative has provided a boost for the industry at a very delicate time. “Thanks to technology, the dissemination of images from the VBBFW collections has never been so wide, nor has the public been so heterogeneous. This has provided us with the visibility we needed in terms of buyers and prospective brides from around the world so as to reactivate the industry and generate new business opportunities.

As for Pep Gatell, the artistic director of the La Fura dels Baus drama and production company which contributed to this year’s event with the design of the digital application and the creation of the fashion show stage, he highlighted that “we’ve combined technology, innovation, art, business and networking to create a new narrative for the bridal fashion industry, opening up numerous possibilities for the positioning of the brands in a different global scenario”.

Success on Weibo Weddings, the Chinese social network
In addition to its own platform, VBBFW has conducted several promotional initiatives through different channels around the world. For the first time VBBFW has cooperated with Chinese social network Weibo on its channel devoted to bridal fashion, which has more than 1.4 million followers. The videos of the fashion shows recorded three million views, thus significantly increasing the dissemination of the collections in a market of particular interest for the internationalisation of the brands.

Ester Maria Laruccia, director of VBBFW, stated that “at a particularly complex socio-economic time such as the present one, we’ve sought to support the sector by combining creativity with the use of technology so as to overcome the barriers and restrictions inherent in the health emergency. Today, more than ever before, it’s essential to innovate and explore new global channels in order to promote the visibility of the brands and businesses, and, in this regard, the results have confirmed the success of our digital undertaking, one we share with the companies that have attended VBBFW 2020 and all the partners and collaborators that have given us their support. We express our sincere gratitude to them for the trust they’ve shown, for remaining by our side and for the great work they’ve done over these last difficult months.

VBBFW also constituted the framework for different activities organised in partnership with different companies and entities. These included the Valmont digital space, where the public were able to enjoy the fusion between art and beauty, the “Stop Child Marriage” programme that Save the Children is conducting to combat child marriage around the world, and the 2020 Elle International Bridal Awards, which this year acknowledged the excellence of 23 companies devoted to bridal fashion and weddings. Another focus of attention was VBBFW’s commitment to sustainability, a subject analysed in the study titled Bridal Fashion, Sustainable Style, Conscientious Business that IESE professor José Luis Nueno wrote at the request of the show’s organisers.

Wedding Media International, the Design Institute of Spain and the IED (Istituto Europeo di Design) also took part in the holding of the side events. An extract of the contents can be found on the show’s website at www.barcelonabridalweek.com, together with videos and photos of the parades.

The show also received the support of Valmont, the Swiss manufacturer of high-end cosmetics, as the Title Sponsor, and other partners such as Kevin Murphy (hairstyling), Rowenta (ironing), Acqua Panna – San Pellegrino (the official water), MAC Cosmetics (make-up) and Mavala (manicure). 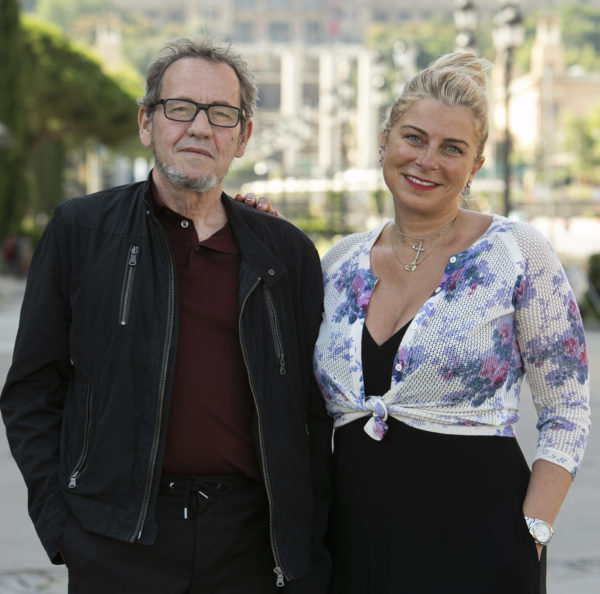