The Furan version of El Amor Brujo, directed by Carlus Padrissa will be presented in Madrid after appearing last summer at the International Festival Internacional de Música y Danza de Granada and the Festival Castell de Peralada. The work of Manuel de Falla and Gregorio Martínez Sierra, who signed the script -although it is most likely written by his wife, Maria Lejárraga– will be in the Teatros del Canal on May 6th, 7th and 8th. As a novelty, the opera will feature Esperanza Fernández as the solo singer, Manuel Coves as the musical director and the guitarist Miguel Ángel Cortés.

The play celebrated its hundredth anniversary last year; the first version of El Amor Brujo premiered at the Teatro Lara in Madrid on 15 April 1915. The new staging features film screenings by José Val del Omar from Granada. Images of disturbing dreams will be projected in the different theater-musical sequences in which there will also be dance, flamenco and acrobatic numbers loaded with movement, light, aromas, water and fire. Aside from El Amor Brujo, fragments of other previous pieces by Falla will be shown: Noches en los jardines de España, El sombrero de tres picos, La vida breve and a flamenco piece, Amor Gitano, to introduce the relationship between the characters Candelas and Carmelo.

The director Carlus Padrissa states that El Amor Brujo is the most universal, bright and captivating work of Manuel de Falla. It fuses Andalusian folklore, “the gypsy and flamenco” with classical music. Therefore, a century later, the work remains modern with it’s vibrant melodies of the composer and the passionate argument by Maria Lejárraga. La Fura wants to rescue the name of the autor from it’s anonimity and place it next to the musician.

The music burns strongly, melts the outlines and breaks stereotypes. La Fura dels Baus wants to break the molds just as the creators did, but different from what has been done by masters like Antonio Gades and other big names of the flamenco way. It will be a magic show which will involve water and fire with a full load of hypnotic visuals, prowess of physical strength, body movements, the evocative power of odors and a final overflow of light on stage, just as love, can overcome any limit.

El Amor Brujo is a co-production of the International Festival Internacional de Música y Danza de Granada, Sponsorship Consulting Media, Teatros del Canal, Festival Castell de Peralada, y Old and New Montecarlo that is pleased to participate in the work with the Fundação Theatro Municipal de São Paulo and the Teatro Comunale di Bologna. After it’s premiere in Granada, Peralada and Madrid, the show will be premiered at the Theatro Municipal de São Paulo in Brasil. 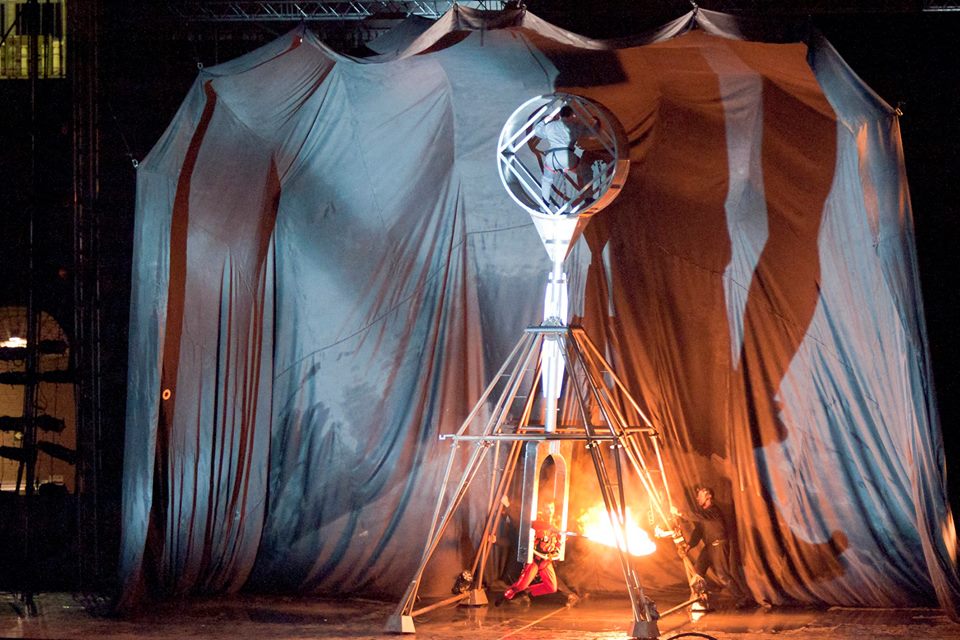