The Monstrosity: world premiere of ‘Frankenstein’ by Álex Ollé in Belgium

Two hundred years after its creation, Mary Shelley’s Frankenstein is still actual in many ways, and this is why it is still found an intelligent and modern piece. From its reflections around the monstrous -the monster is either born or created- to the more profound insights around the development of science and the debate between inventive or transformative science.

The essence of Mary Shelley’s Frankenstein is shaped by a young team that proposes a mise en scène that takes place in the future, four centuries from now, where the characters live in the same present time, whereas The Creature revives the past through its memories. The de-temporalization, which highlights the validity of Shelley’s thought, is also enhanced with the construction of an ambiguous space which evokes a luminous snow desert, the asepsis of a surgery room at a university or the implacability of a court room. Everything is at the service of The Creature, to bring the public closer to an old story, with new eyes.

Next Friday 8th of March La Monnaie de Munt, in Brusels (Belgium), will host the reinterpretetion of the opera directed by Àlex Ollé (La Fura dels Baus). It will be performed 8 times until March 20. Tickets can already be purchased through this link. 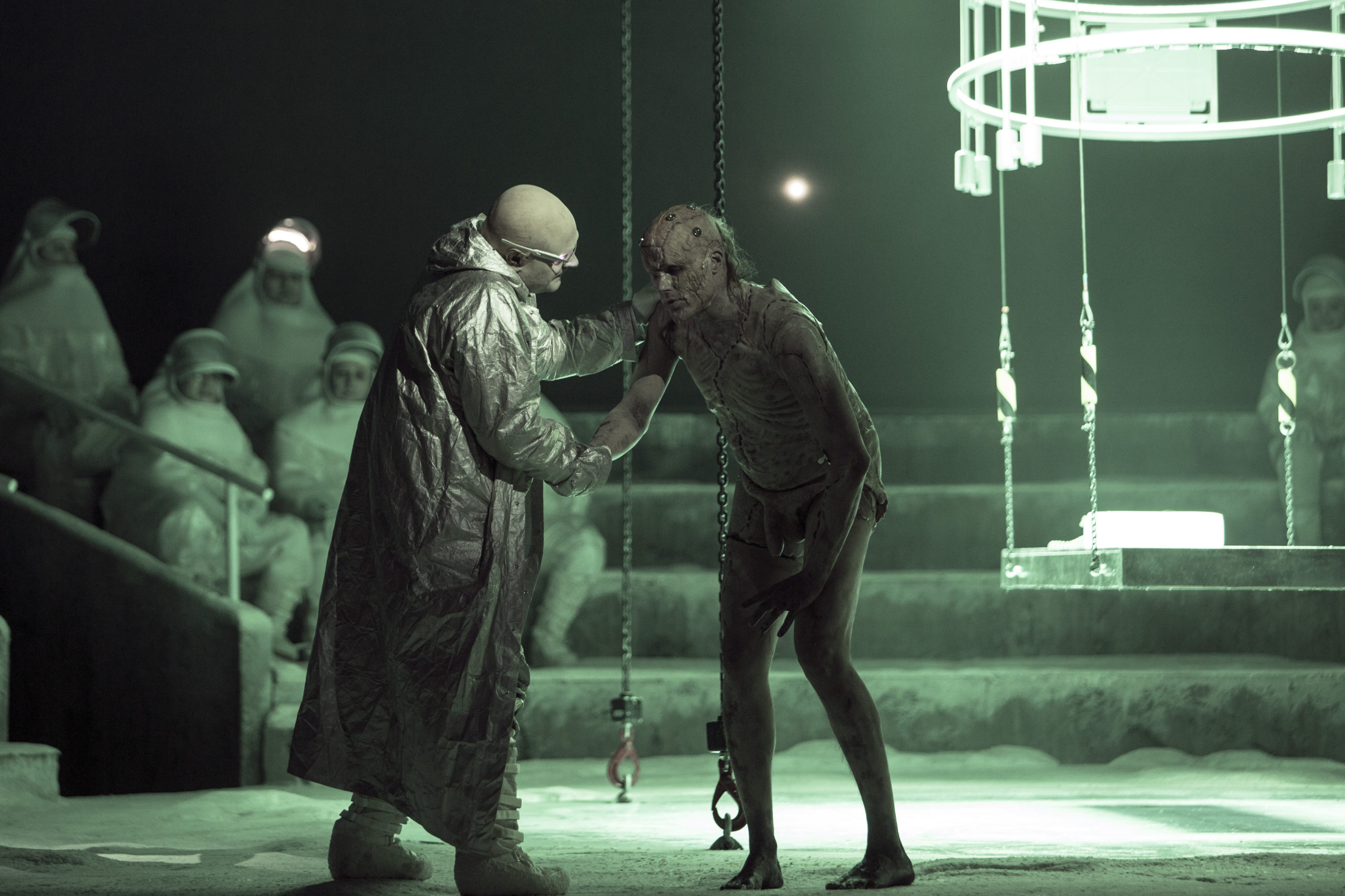