The modernized version of the love and honor story of Puccini, Madame Butterfly, comes to the big screen as of next month. The opera, directed by Alex Olle (La Fura dels Baus), was performed during the month of March 2014 in the Handa Opera in Sydney Harbour and was undoubtedly one of the most spectacular shows in the world.

The show,with a floating stage in the harbor of the Sydney Opera House and the Harbour Bridge, included a gigantic moon and sun (both 12 meters wide). In the audiovisuals the majestic scenery could be seen floating from the water, floating above the stage where Japanese soprano Hiromi Omura interpreted the role of the tragic Cio Cio-San, next to Georgy Vasilyev, who performed the role of Pinkerton.

Handa Productions, makers of the audiovisual piece, are announcing that the film will be subtitled in Italian and will take approximately 2 hours and 20 minutes, including an interval of 15 minutes. More information on the website: www.cinemalive.com. 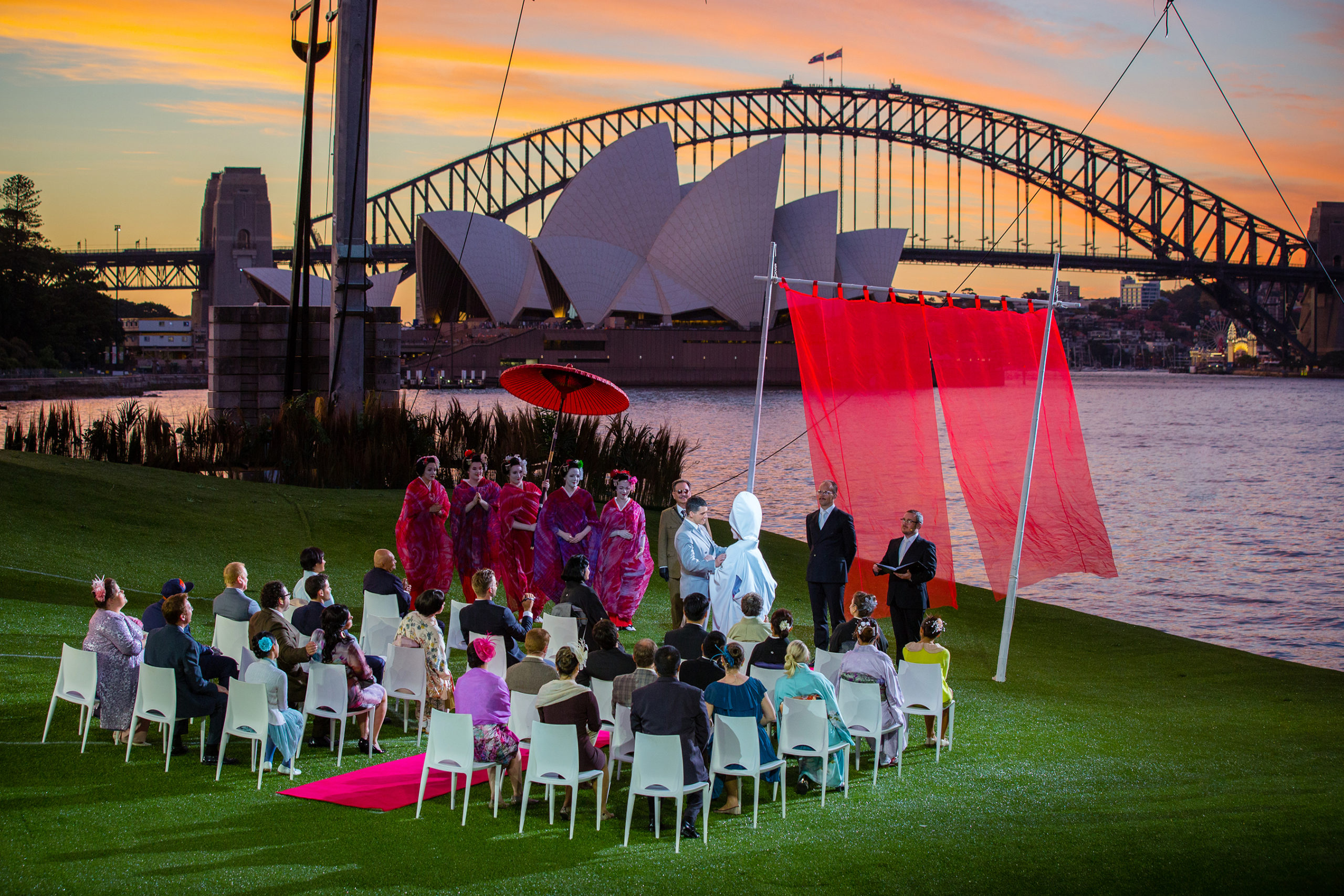