After its premiere in Italy on 2016, at the Teatro Regio de Torino and at the Teatro dell’Opera di Roma, La Bohème by Giacomo Puccini staged by Àlex Ollé arribes at the Gran Teatre del Liceu in Barcelona. There will be 15 shows of the opera by La Fura dels Baus from June 14 to July 2: tickets can already be purchased following this link.

Against a background dominated by the effects of industrialization and bourgeois values and an intellectual climate of materialism and scientific positivism, art became more realistic. Puccini’s La Bohème, which evokes the fragility of happiness in an unhappy world, is one such “squarcio di vita” (slice of life).  It has sentimental overtones, however, which temper the harshness of social reality. The characters created by Mürger in his Scènes de la vie de bohème reminisce about the hardship they endured as young artists (the Café Momus, the festivities, and poor Mimi, overtaken by death in the flower of her youth).

Àlex Ollé makes a bold re-reading of the opera, choosing a working-class area as the backcloth to this hankering for bygone years, for that fleeting moment when Mimì and Rodolfo were happy.  Puccini’s sublime music expresses the very essence of the plot: memories viewed as the fragile threads that keep us attached to life. 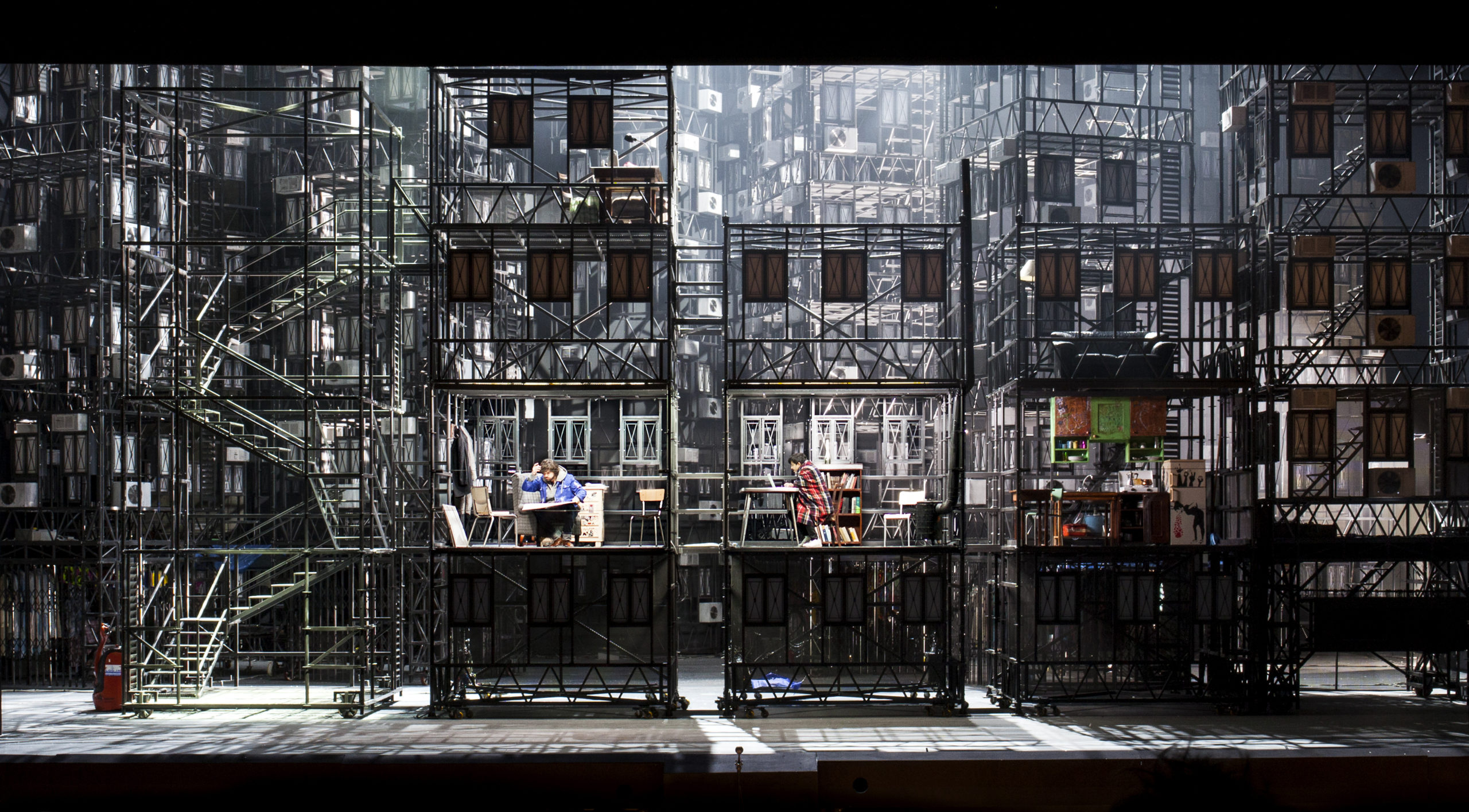