Padrissa premieres ‘Der Freischütz’ at the Konzerthaus in Berlin, 200 years after its creation

Exactly 200 years after the celebrated premiere of Carl Maria von Webers ‘Freischütz’ at Gendarmenmarkt, La Fura dels Baus will venture deep into the German forest in the Great Hall to deliver an exciting new interpretation of the romantic opera. An opera production by Konzerthaus Berlin, recorded by ACCENTUS Music in co-production with RBB and NHK in collaboration with Arte. IT could be seen by  a livestream next 18 June 2021 at 7 pm on ARTE Concert and konzerthaus.de. The date of the TV broadcast on ARTE is still to be announced.

Huge lengths of tulle around chandeliers, a crane specially brought in from Barcelona, chorus singers with special backpacks that not only symbolise nature-destroying consumer culture, but also fulfil practical functions for the action on stage – La Fura dels Baus will bring an unusual “Freischütz” to life in the Great Hall.

Director Carlus Padrissa describes the production as a “journey to the roots of opera”, where myth, history and the current reality of the forest meet: Unfortunately, forests and their entire ecosystems are dying. Climate change and human interference are wiping them out, through heat, droughts, fires, termite infestations and fungal attacks. One-third of Germany is covered by forest, totalling 11.4 million hectares. For centuries, Germans have identified with their forests – in mythological and even spiritual terms. The forests are dying, and with them, so too is part of the German soul. In our new production of “Freischütz” we dig deep into this disturbing socio-ecological theme. In the process, the Great Hall becomes a myth-filled installation.

A special orchestral set-up is planned for the Konzerthausorchester Berlin under Christoph Eschenbach. Most of the music will be played in the stalls, and projectors will display a wide-ranging visual imagery, justified by the dramaturgy. Hwan Kim’s costumes, which are not connected to any particular epoch, are inspired by changes of mood in the music – sometimes they reflect the dark world of Samiel and Kaspar, other times the light world of Max and Agathe. 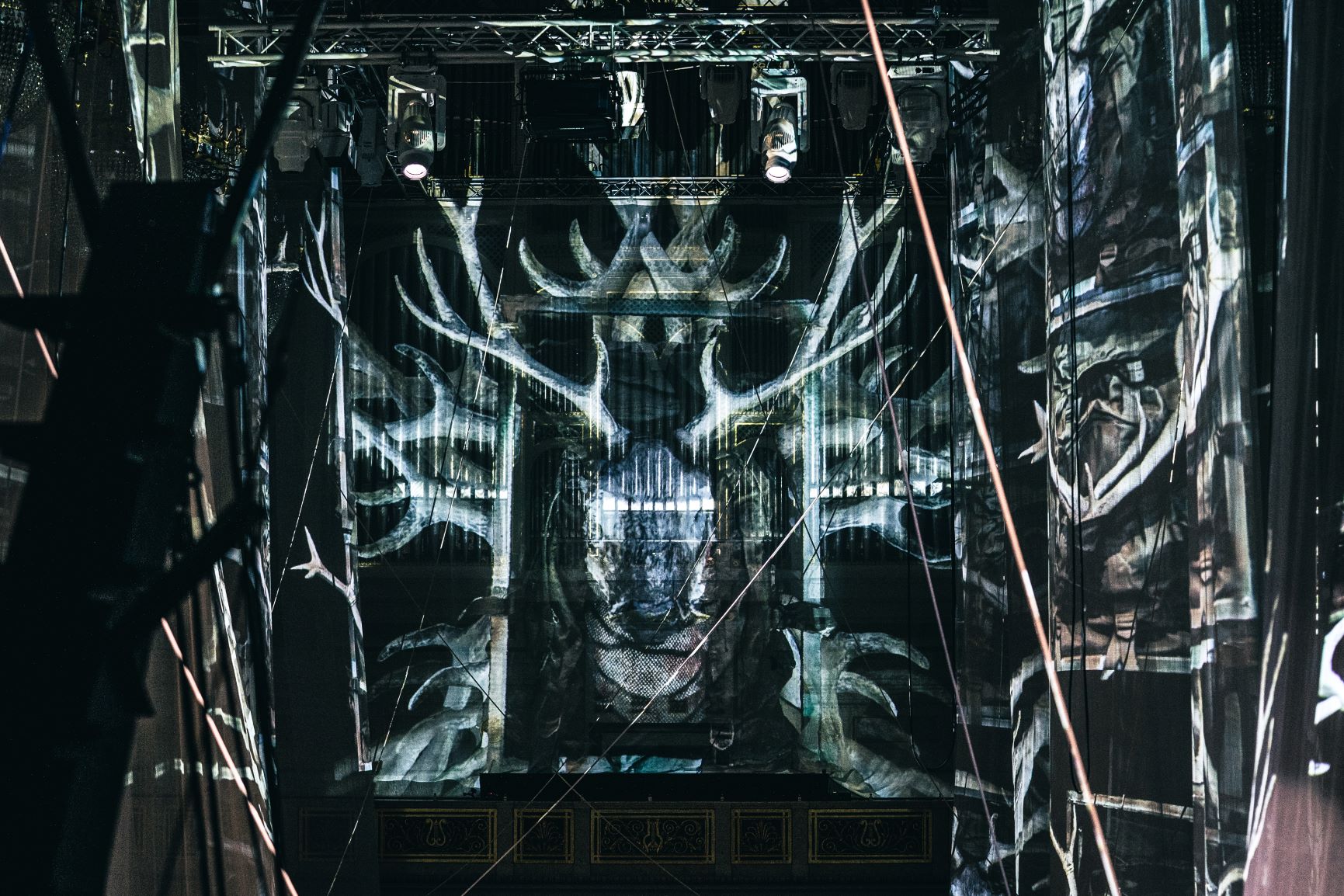