Rerun of the radicalized ‘Turandot’ by Carlus Padrissa in Munich

La Fura dels Baus returns to the Bayerische Staatsoper in Munich, one of the great European temples of opera, to offer its bold version of Turandot which tells the story of the ice princess who sacrifices one lover after another and, is this time, set in the Europe of the future. In 2046, with the generation of our children trapped in the obligation to pay the debt owed to China from thirty years ago that rescued the Old Continent’s financial crisis.

The opera by La Fura dels Baus, released in 2011, has already become an icon of the German city: the Bayerische Staatsoper has already hosted nearly 60 shows and, without exception, it has always gathered lots of people solding out all the tickets. Turandot acording to Carlus Padrissa is strictly pure and original: it respects the composer’s music and it ends when the choir says “Liú poesía”.

In 2046 Europe is completely under Chinese rule. More than 30 years, China had rescued Europe from a financial crisis by buying up the debt, the ownership and natural resources. China is now the new world power. Turandot, the princess of ice control, as “Big Brother” every European, in order to pay back every last penny and pay off the debt of their parents’ generation.

Puccini‘s opera, directed by Carlus Padrissa, will be performed only on 3 shows: October 7, 10 and 13. Tickets can be already booked through using this link. 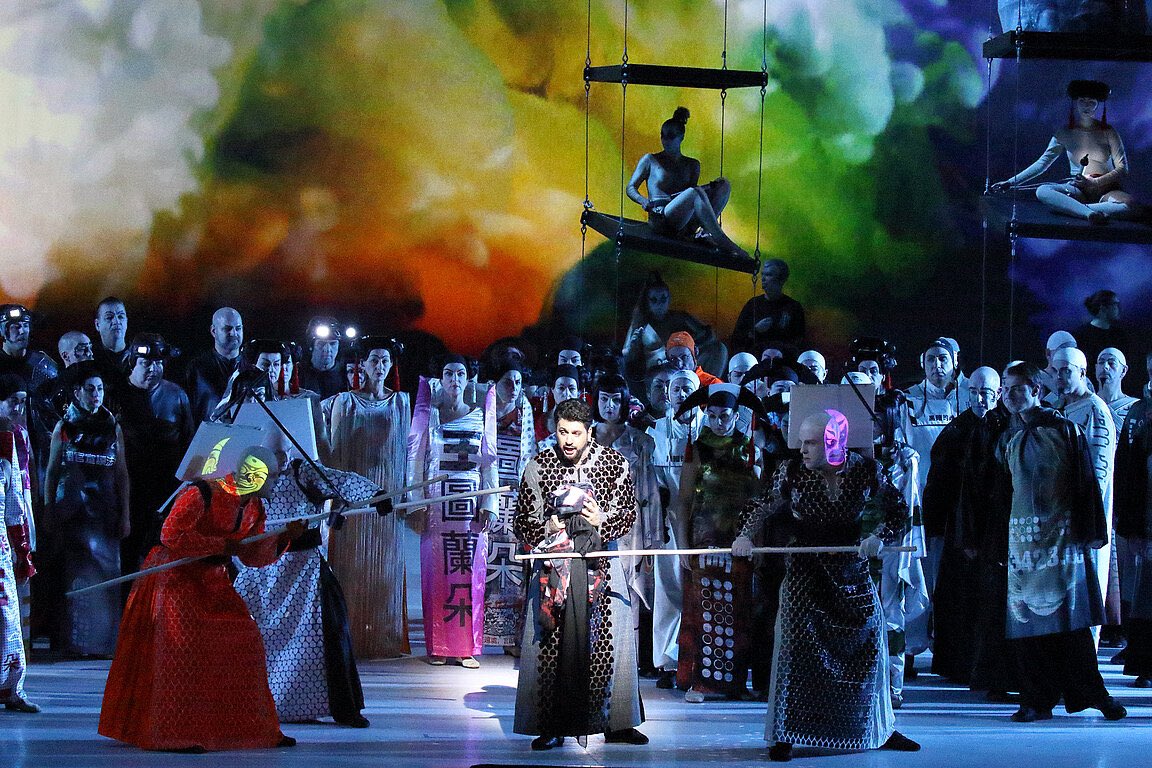