It’s been already a few years ago, between 1979 and 1983, when La Fura dels Baus planted their seeds into street theater. This seed developed into a theatrical concept based on the classical idea of the total performance that combines all sorts of scenic resources. La Fura’s most significant contribution was the creation of their performances to interact in the areas that were usually reserved for the audience and to adapt their play with the architectural elements of every place where their play was developed. It is this fusion of techniques and displays that gives name to the “Furan language”. During the nineties, the company extended their artistic projects to the theater stage, to digitization, the opera and the creation of macro-performances.

Gathering this whole evolution and exclusively for this occasion, La Fura has designed a performance to open the season of De Bijenkorf’s Christmas. The company proposes Turn on the Lights, a performance custom-made for the occasion, and composed of three acts, each one of them with different scenic elements designed by La Fura and with the main on focus on illumination.

Turn on the Lights is an eminent visual and poetic act that combines kinetic images and vibrant sounds. It will represent the process of the inner search within the human being, the awareness about the process that, day after day, will help the human being to conceive the world with a surprising new vision.

The performance will take place on Dam Square, the 20th of November 2014. 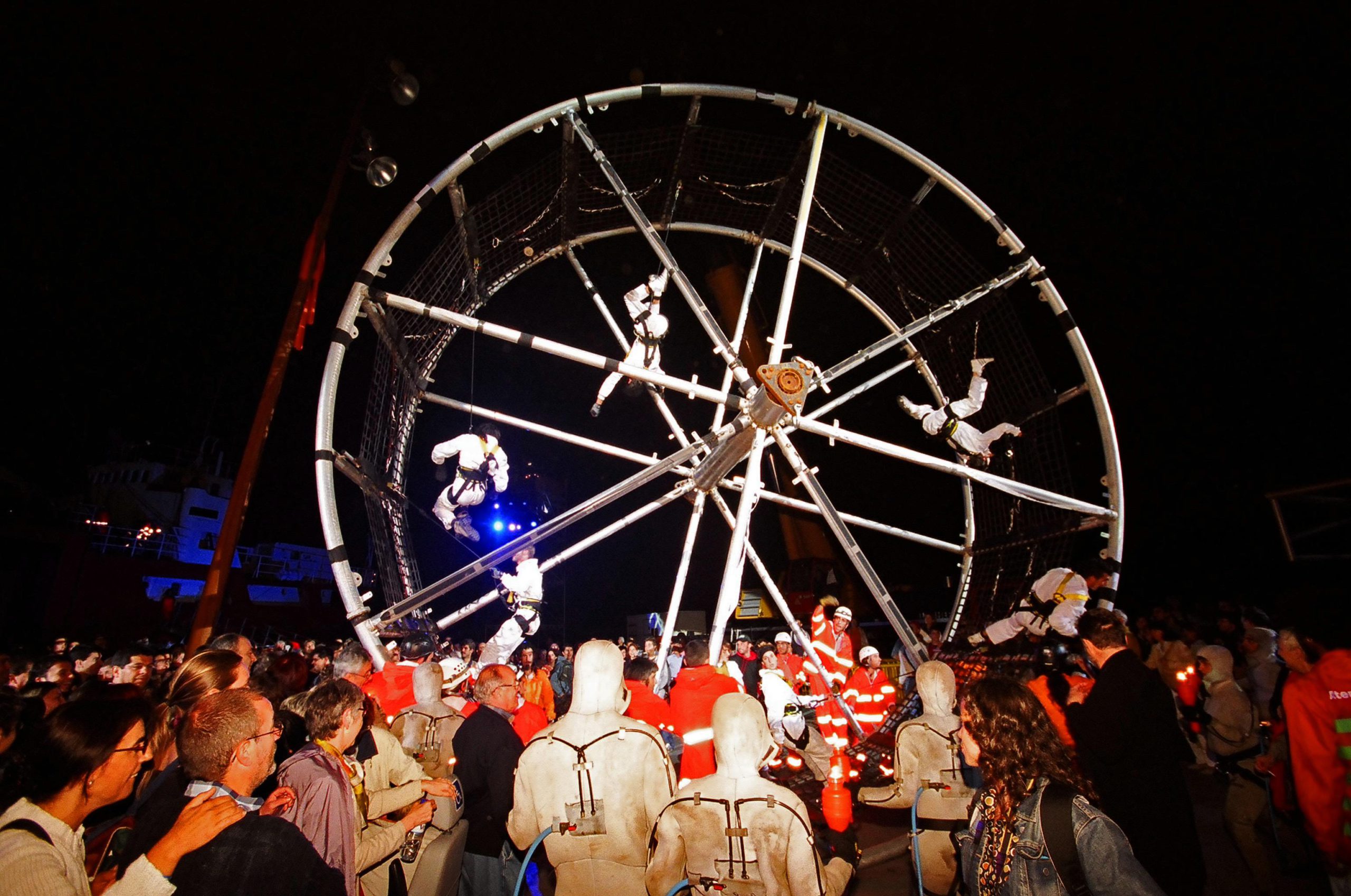