Having worked with two record companies (DRO and Virgin), La Fura decided to launch its own label to produce its own recording projects. The group took this decision in order to increase its creative freedom in relation to CD cover design and length of tracks, and also to have more control over the product, even if it meant lower sales and distribution levels. La Fura record label has released seven CDs so far.
MTM, like Noun, is an emblematic work because it was ahead of its time. Released as an audio CD and CD ROM, it contains three pieces from the sound track and an interactive track containing information and videos related to the show. The CD cover is made from the same cardboard that was used for the MTM stage set.
For this CD, the group experimented with a techno sound, without sacrificing the samples-noise that form the soundscape of the performance. The pieces are composed by Carlos Padrissa, Miki Espuma and Big Toxic, who would be continue to collaborate with La Fura. The interactive track was created by Pep Gatell, with the technical assistance of Jordi Casinos and
J. M. Pinillo Bun.
M.T.M. C.D.rom
BFCD La Fura 1994
Compuesto por: Big Toxic, Miki Espuma, Carlos Padrissa

Having worked with two record companies (DRO and Virgin), La Fura decided to launch its own label to produce its own recording projects. 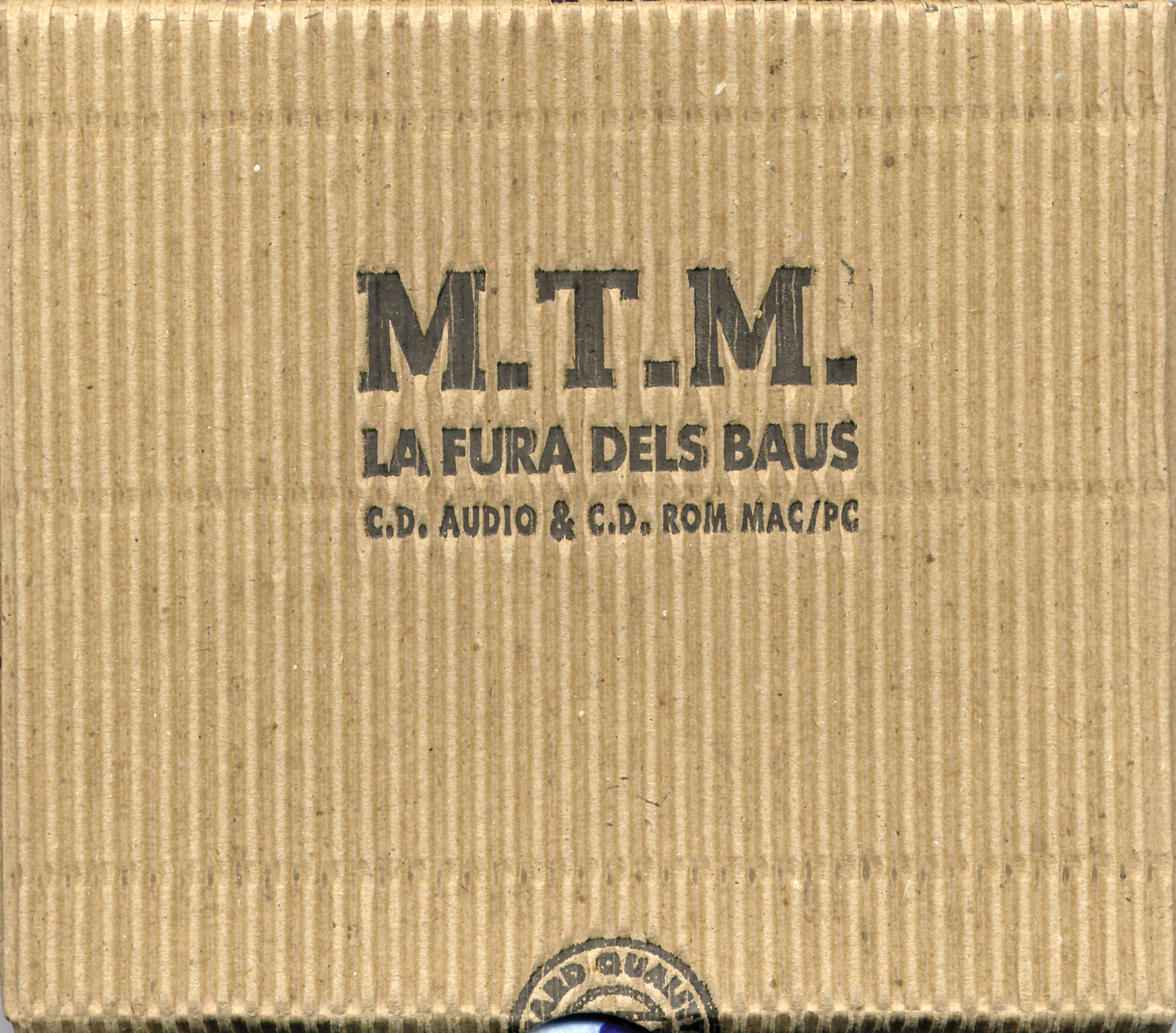