This was a macro-performance that was eminently visual, in which symbols associated with internationalism (the globe, flags…) were combined with others that characterize the Balearic Islands.

A globe surrounded by a human net opened the performance and moved to a position overhead, in the center of the track where the competitions would take place. The second act was a reflection of the timeless values of the Islands and of Mediterranean culture through the symbolism of the festival. The third act was focused on the event itself, the world track cycling championship, featuring acrobats and a parade of bicycles.

For the inauguration of the World Track Cycling Championship, La Fura conceived and developed a large-scale performance that brought together the symbols of this international competition with the symbols that represent the Balearic Islands. 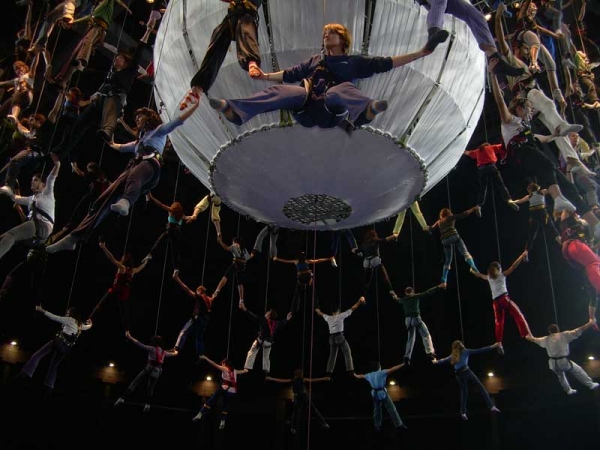 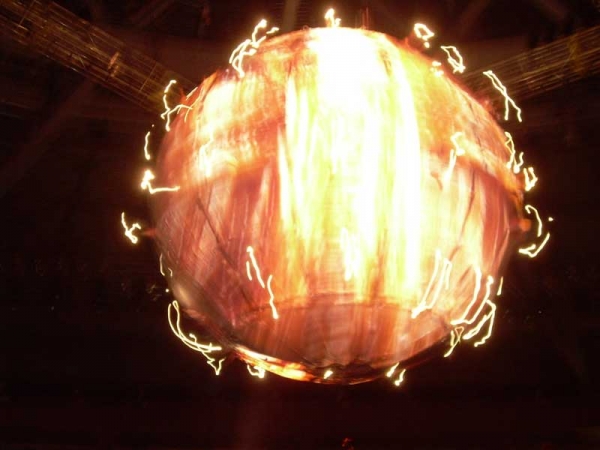 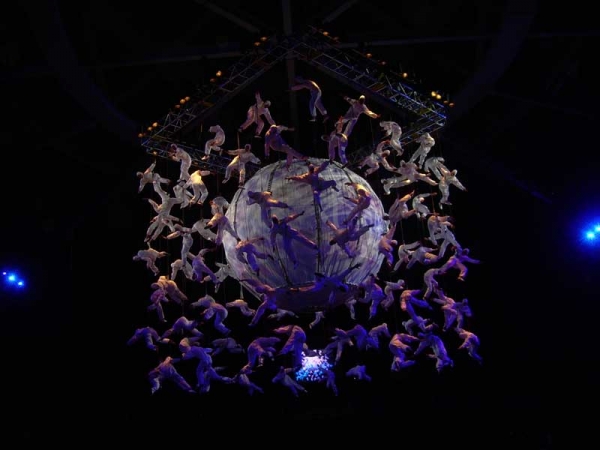 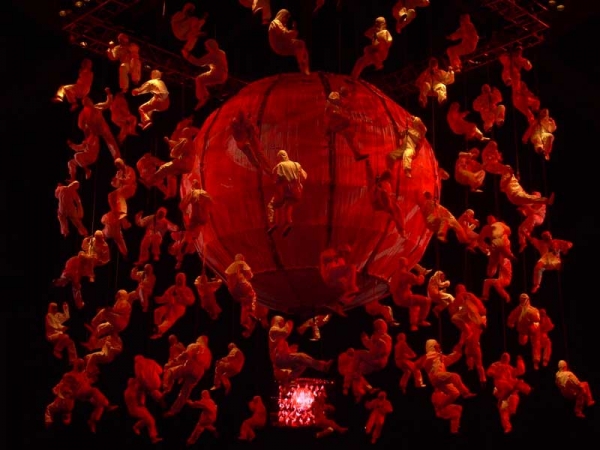 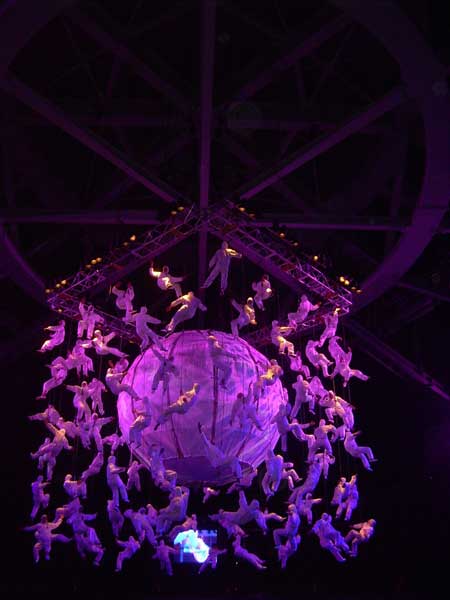 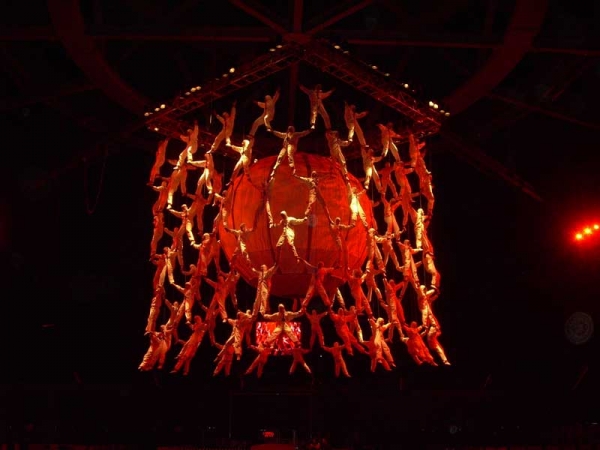 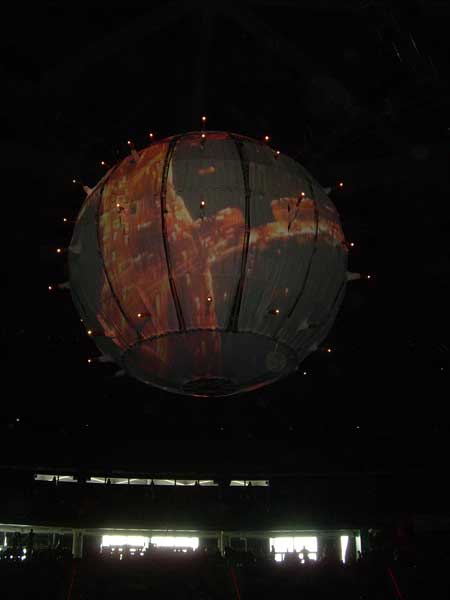 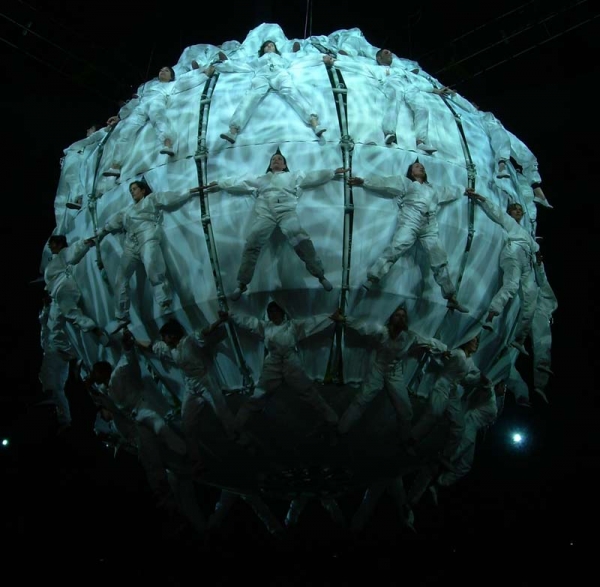 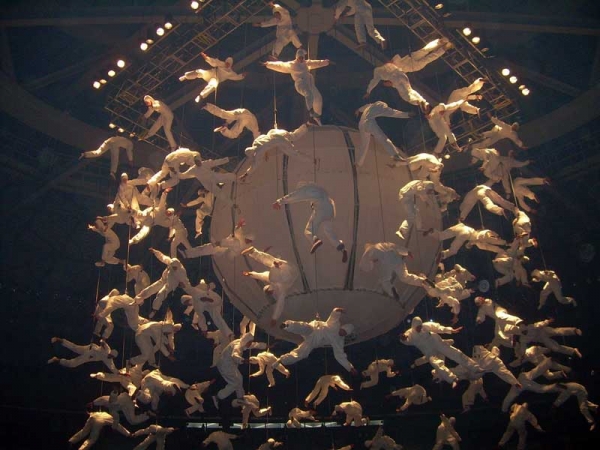