The music for the 1985 production Suz/O/Suz was enriched by the participation of Leo Mariño (sound samples, computers and Midi systems), Mireia Tejero (alto sax and bass lines) and Josema Urós “Aibó” and Vidi Vidal (guitars). This first stage of the project took the form of two performance-concerts called Dale un hueso al Nuba (Give Nuba a Bone), one at the KGB in Barcelona, and the second at Olite, in Navarra, as part of the Festivals de Navarra.
The recording process was unusual for the time – although it would later become quite common – because it took place in a private home in Llavaneres, a coastal village near Barcelona, in the mobile studio El Camión. The sound technician was Barry Sage, assisted by Pedri González. The core musicians were Marcel.lí Antúnez (trumpet and vocals), Carlos Pradrissa (saxophones and vocals) and Miki Espuma (bass, keyboards and vocals).
Pieces were recorded in all the different rooms of the house, using kitchen, garden and bathroom utensils, and street sounds (dogs, motors, rain, etc). Other musicians
who participated were Uma Ysamat (soprano vocals on “Comba”), Encarna Codina (vocals on “Ágape”), Ramón Castán (midi supervisor), Jordi Arús (motors on “La Senda”) and Vidi Vidal (guitars and composition on “Rito”).
Suz was performed in public for the first time at the La Mole performance. To mark the occasion, La Fura burnt
a thirty-meter long row of industrial waste including tyres, washing machines, televisions, furniture and clothes.
SUZ L.P. / C.D.
Virgin 1987
Compuesto por: Marcel•li Antunez, Miki Espuma, Leo Mariño, Carlos Padrissa, Vidi Vidal 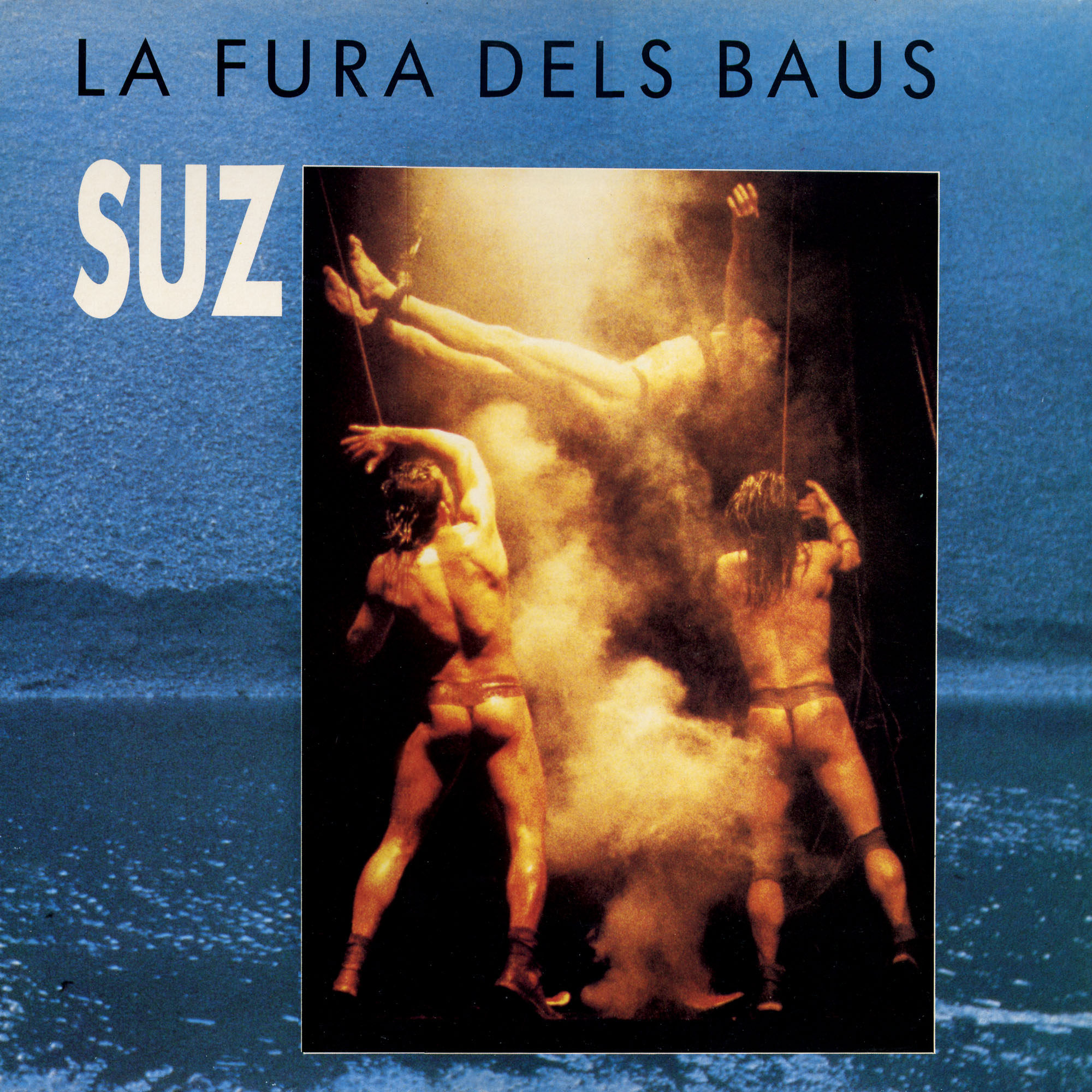