Naumon is not a show, it is a series of shows brought together as a journey. Naumon is a ship transporting the shows, but also containing knowledge and cultural initiatives. Naumon is a nomadic space for creation.

In 1992, La Fura dels Baus travelled across an imaginary Mediterranean. This was part of the macro-performance that opened the Barcelona Olympic Games, and was watched on television by over 3,500 million people across the whole world.

Now, La Fura presents Naumon, a boat which will travel the real waters of the Mediterranean in 2004, stopping at over 20 ports, from Gibraltar to Turkey. Over the next few years, it is planned that the boat will sail across the Atlantic, the Pacific and the Indian Ocean, before returning to Mare Nostrum after going round the world.

Constructed in an old ship-yard in 1965, the boat Naumon (originally named Arold) used to transport dry goods over the icy waters of the Baltic Sea and the North Sea. It is a sturdy cargo vessel weighing 1,100 tonnes, 60 metres long and 9 metres wide.

The Naumon has been refitted to house a cultural, artistic and educational cargo. As well as theatrical performances, its almost 1000 m2 can host different activities such as exhibitions, workshops, presentations, concerts etc.

Among the many activities that will take place in the Naumon’s hold is the Amphibious tetralogy, a production by La Fura dels Baus based on the work of the same name by Rafael Argullol.

This project will take place over the next four years, as Naumon sails the seas of the world. The aim is to create a great journey based on the essential issues of contemporary life.

During the first voyage, in 2004, the subject will be Creation, and its stage will be the Mediterranean.

During the second voyage, across the Atlantic in 2005, the chosen theme is Migrations.

During the third year of the voyage, 2006, the ship will sail across the Pacific, with a show based on Memory.

Finally, in 2007, to complete the tetralogy, the Naumon will sail across the Indian Ocean, where the chosen theme will be The Divinities.

The Amphibious tetralogy will be performed in the ports where the ship calls, either on deck or in the ship’s hold, or in the city being visited.

Creation, the work planned for 2004, will combine art, myth and science, to highlight the pleasures, dangers and hopes of modern man.

The Naumon will carry three different shows on board.

Naumaquias: The boat and the water around it will be the stage for the show, while the audience watch from the quay.

Terramaquias: Shows performed on dry land, in any avenue, garden or public square of a city.

Matrias: Shows in which the audience, the actors and the stage will all be inside the boat.

Each of the central themes of the voyage will be developed for each of the types of show. Naumaquias and Terramaquias will take the format of macro-productions, and will be designed to be enjoyed by hundreds of thousands of people. Matrias on the other hand, will be designed as a small-format show, for a reduced audience.

Naumon is not a performance, but rather the sum of all the performances have this unusual setting, a boat, as the axis of their journey. Naumon was presented as a platform capable of offering different contents, adapted to different messages, cultures and occasions. 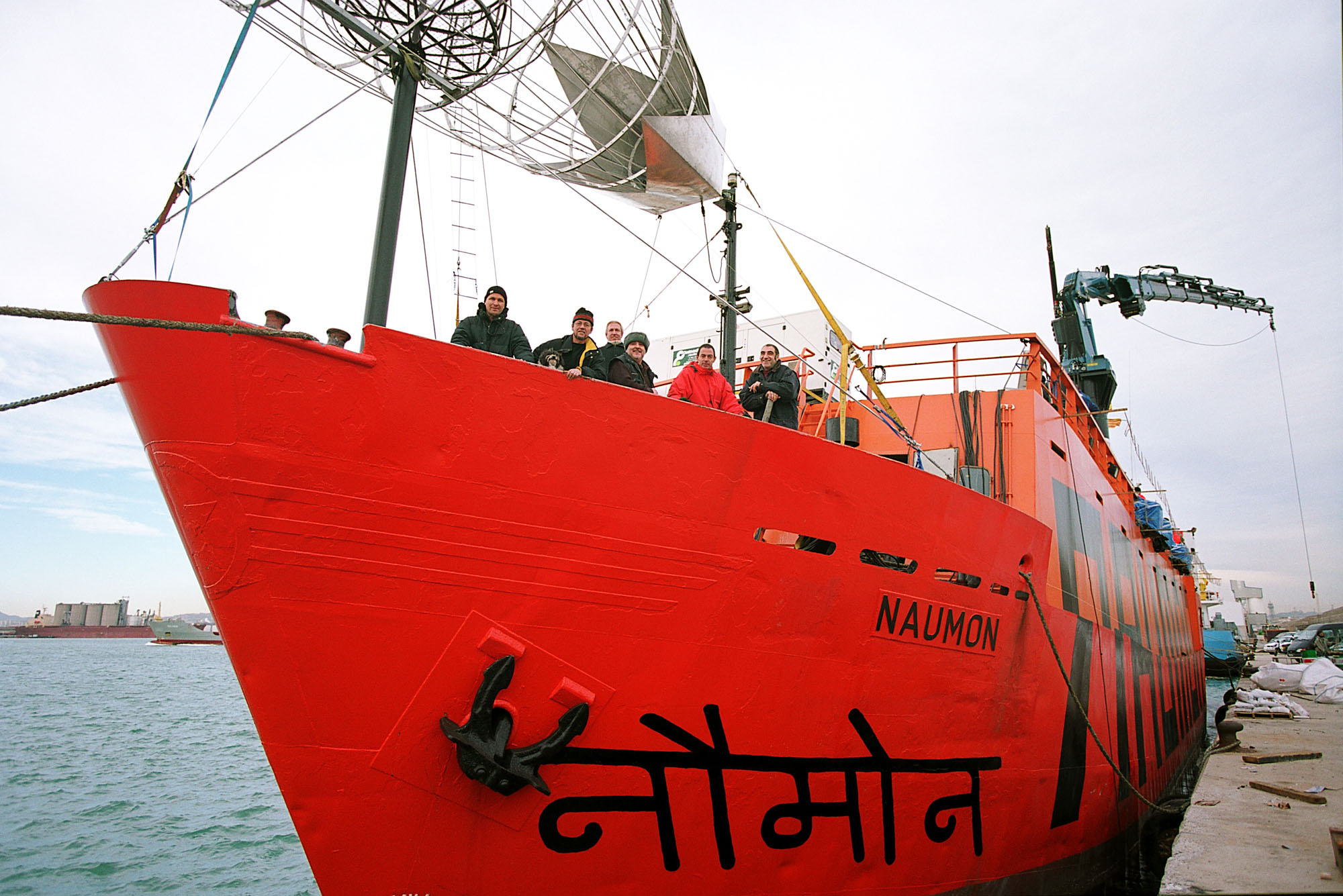 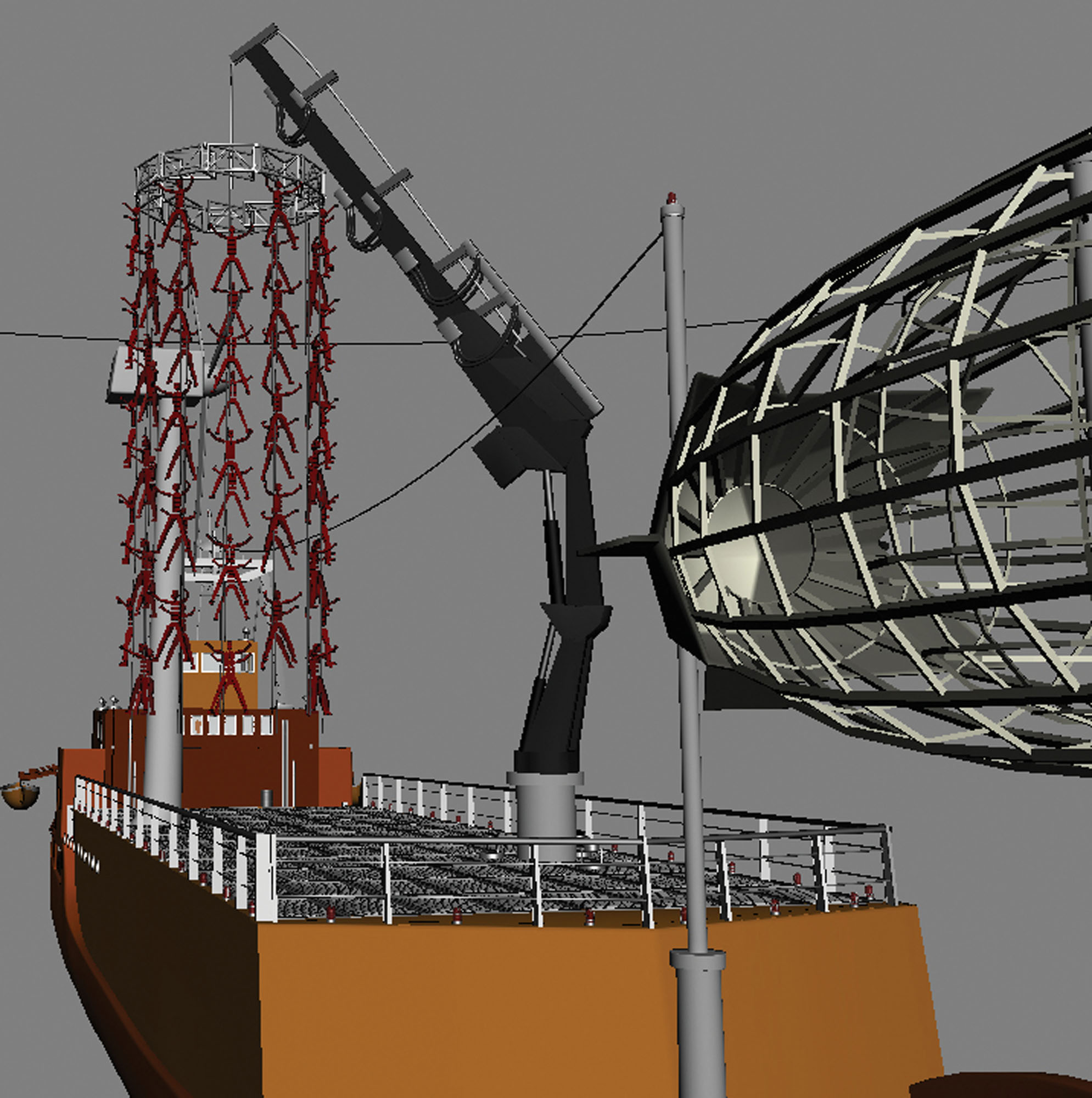 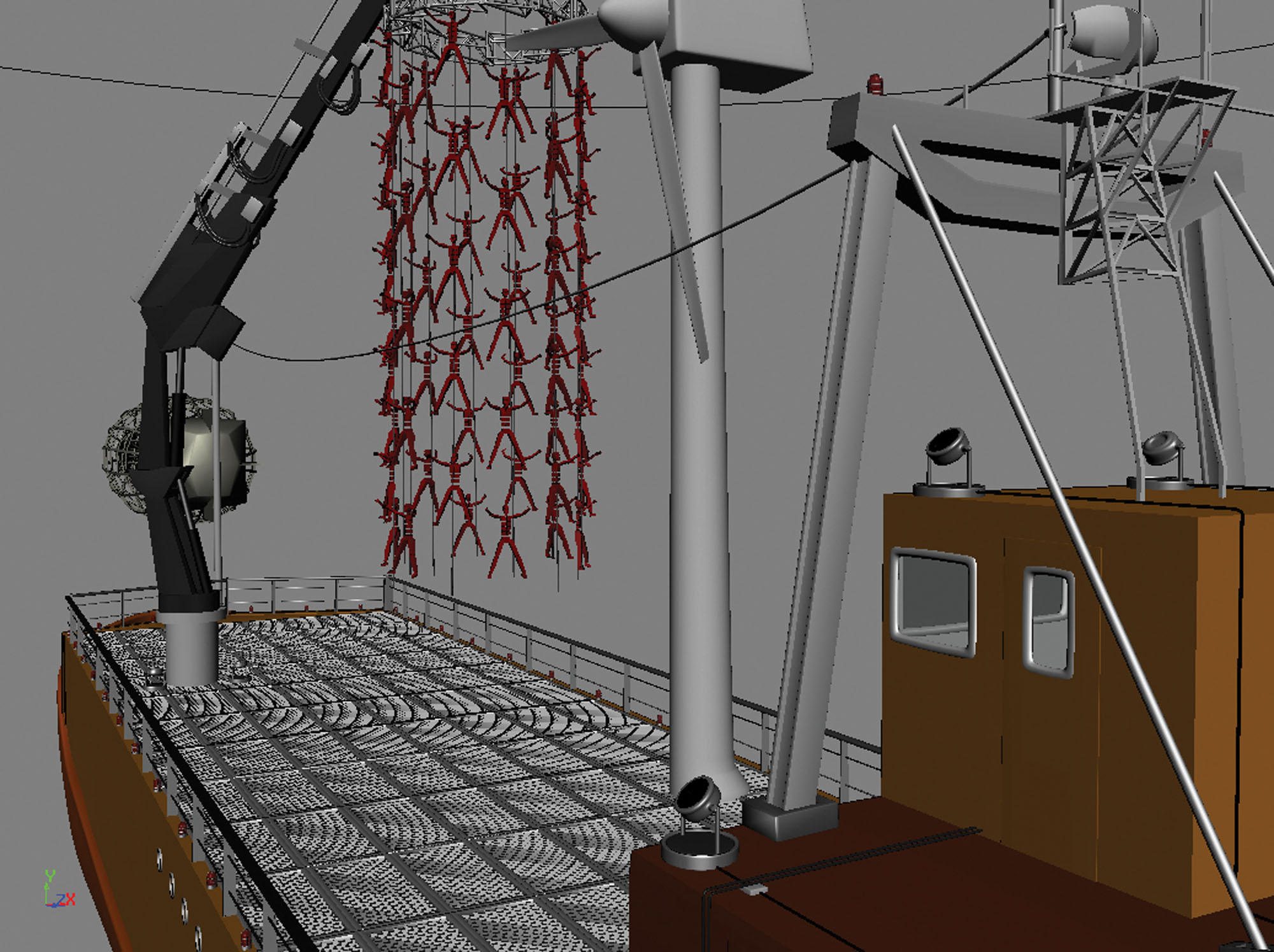 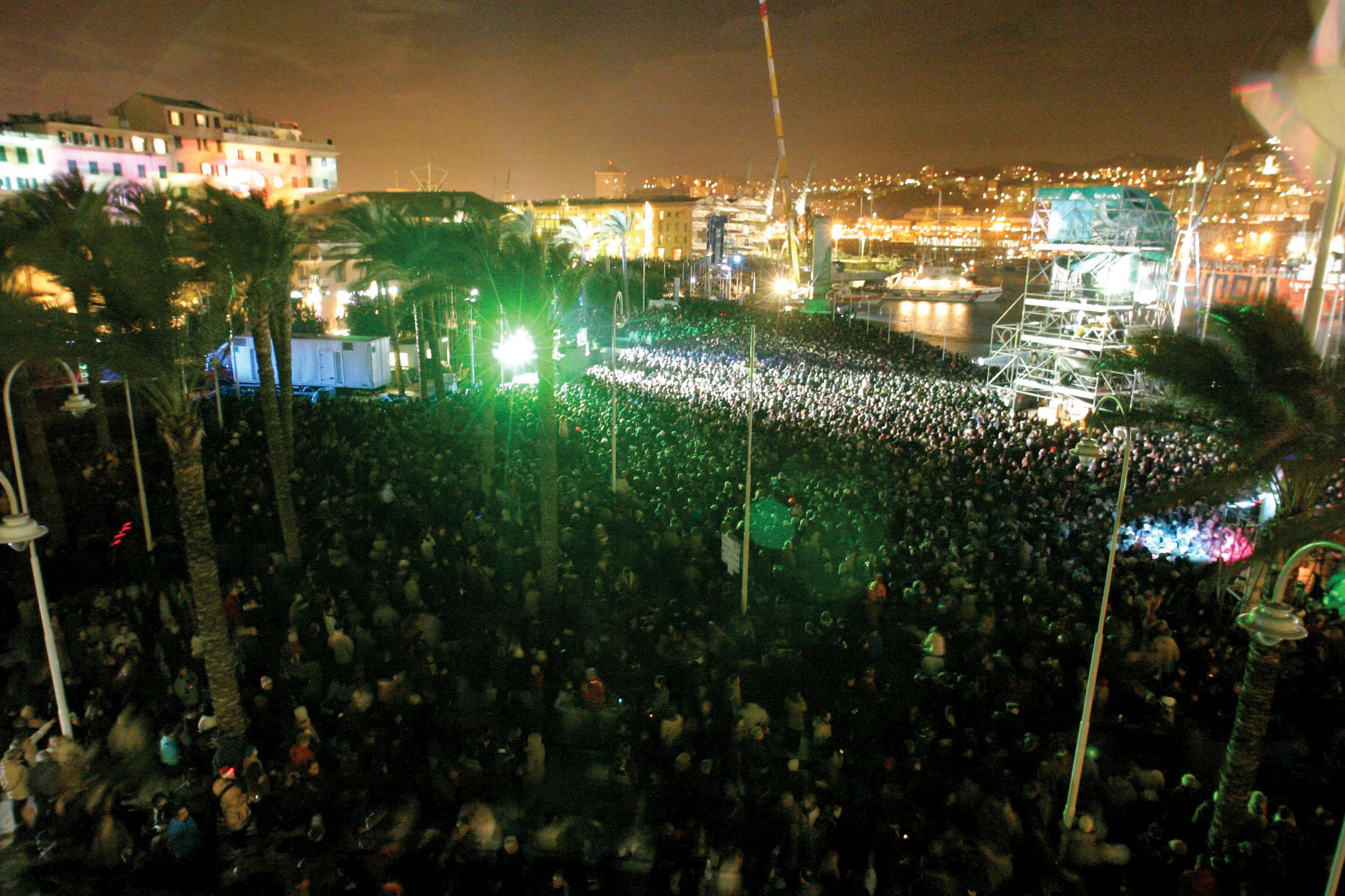 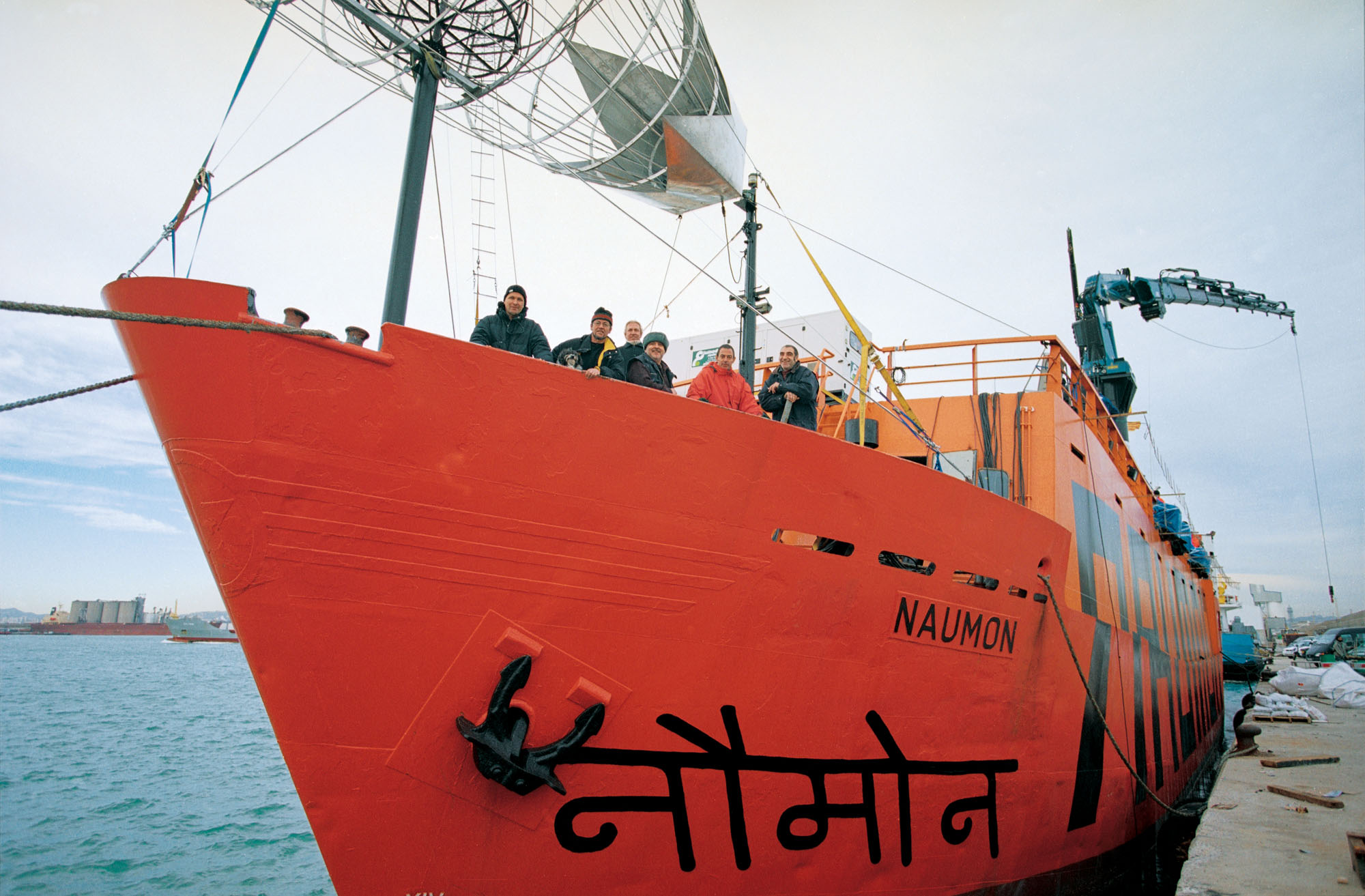 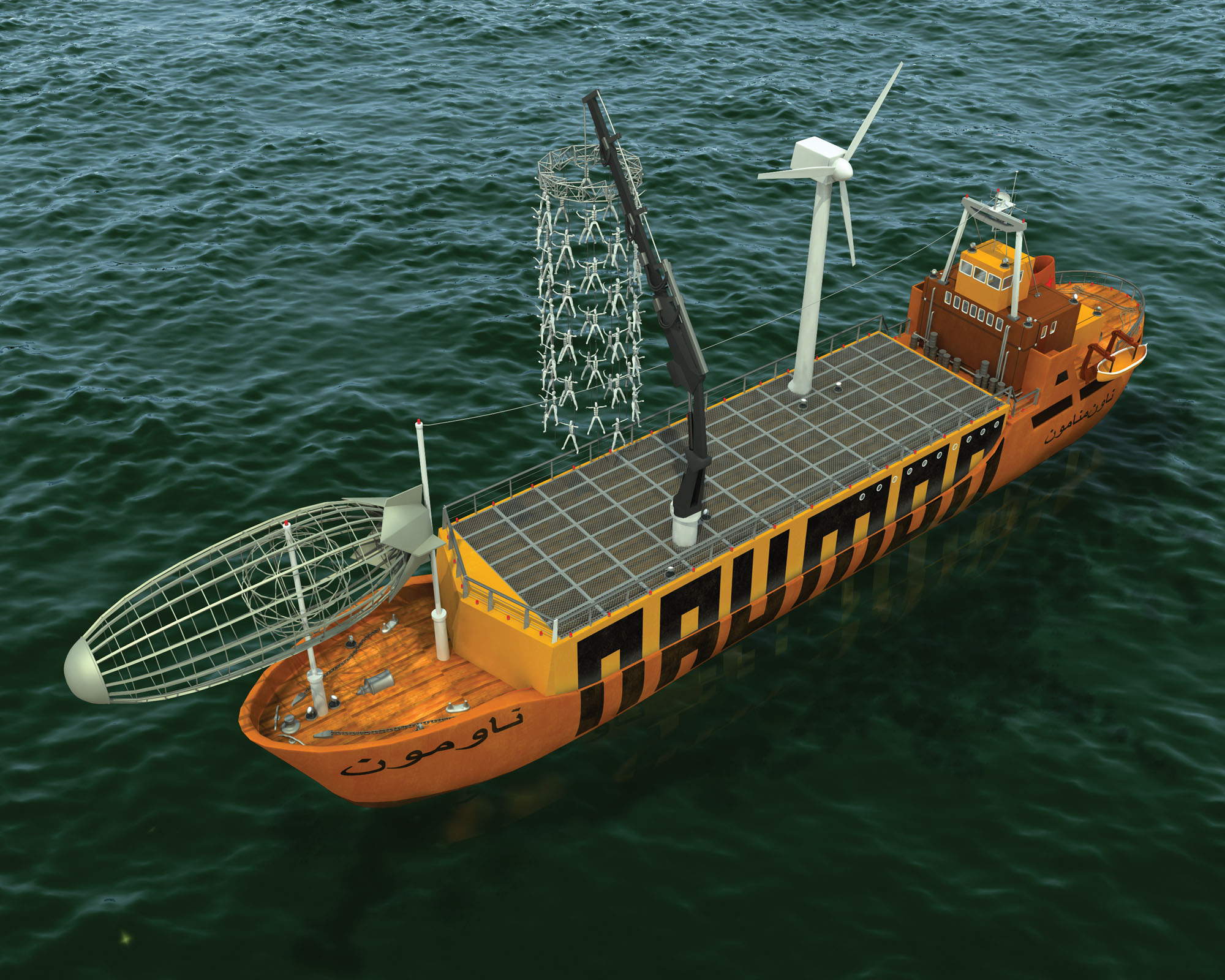 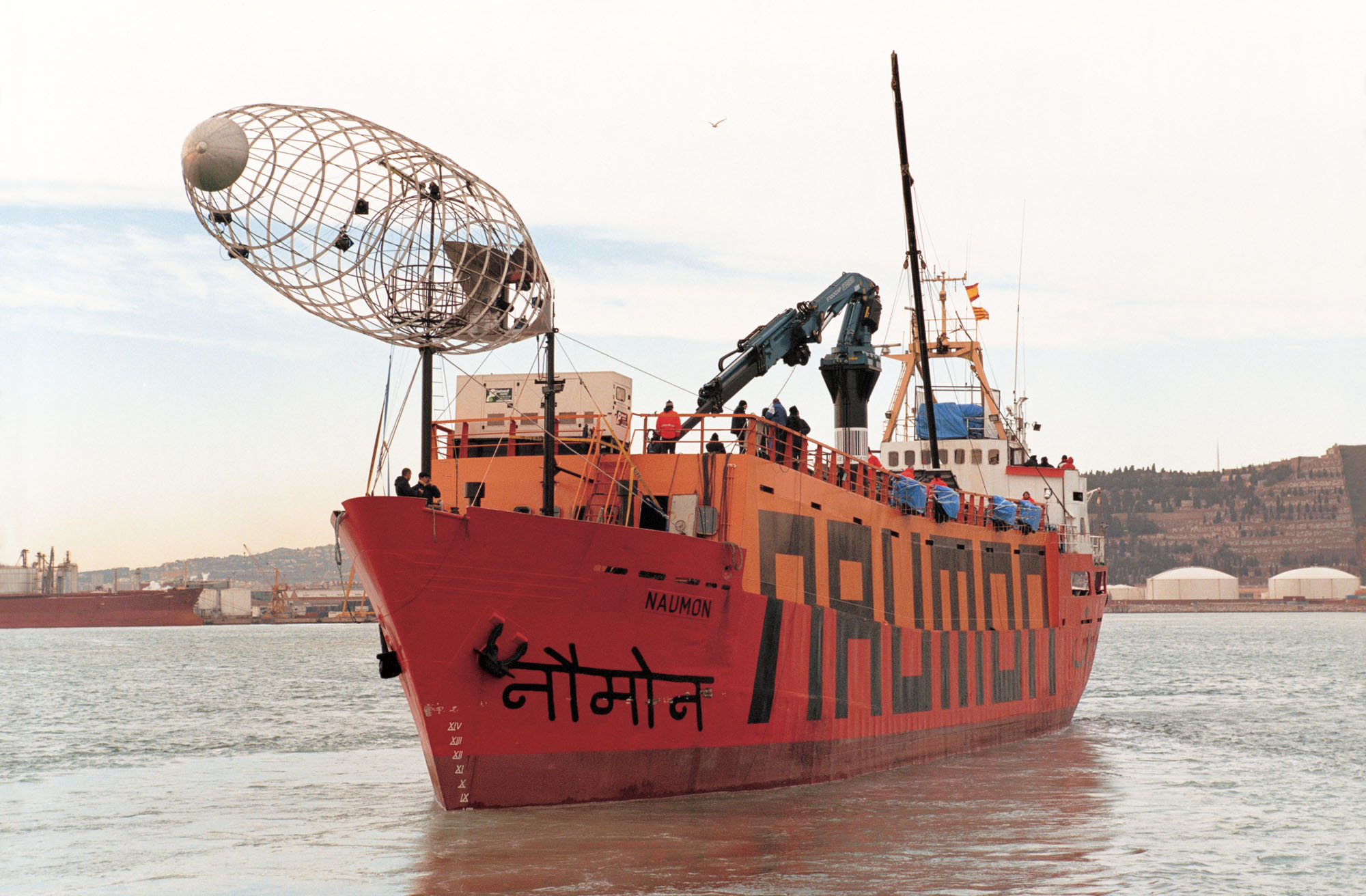 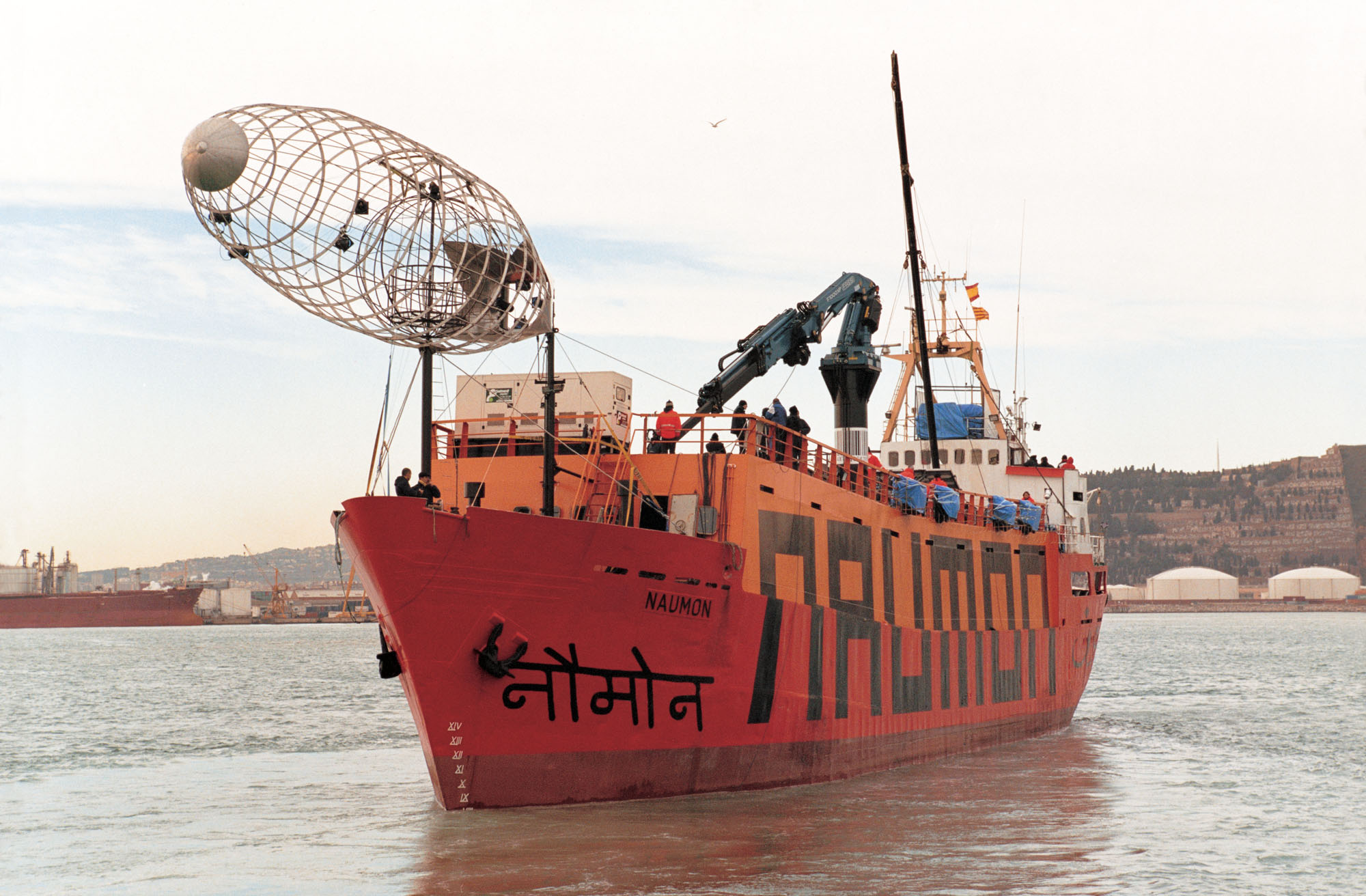 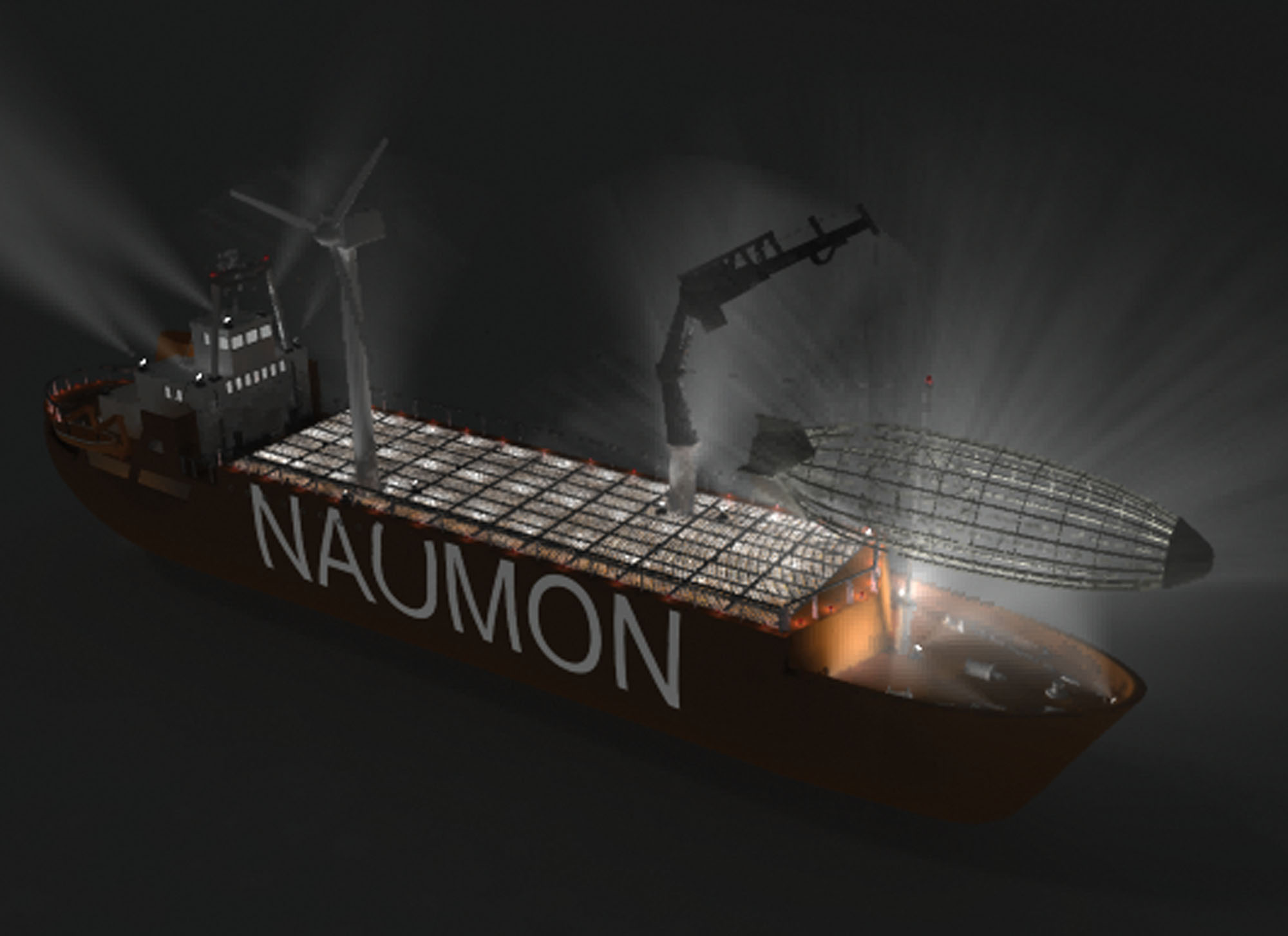 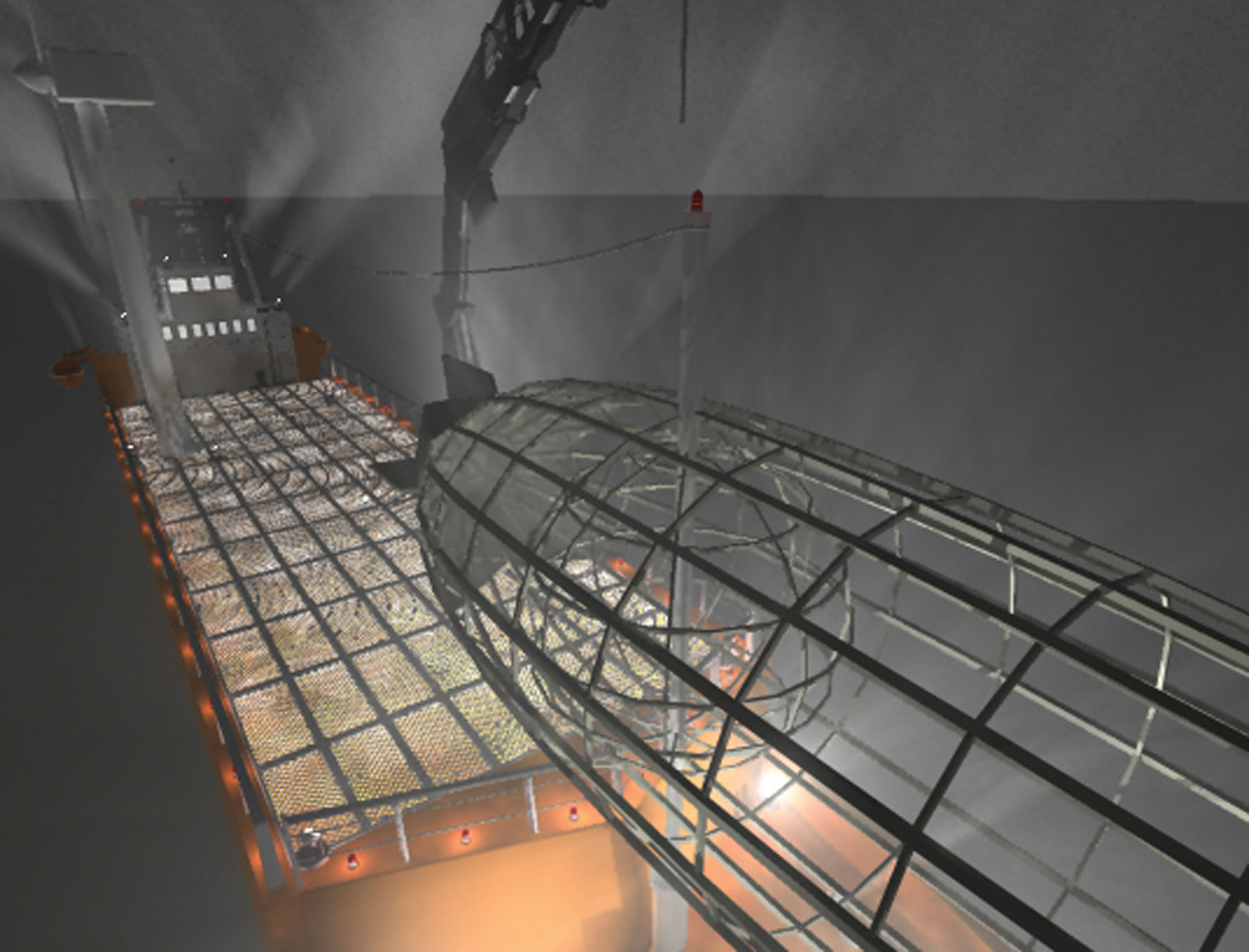 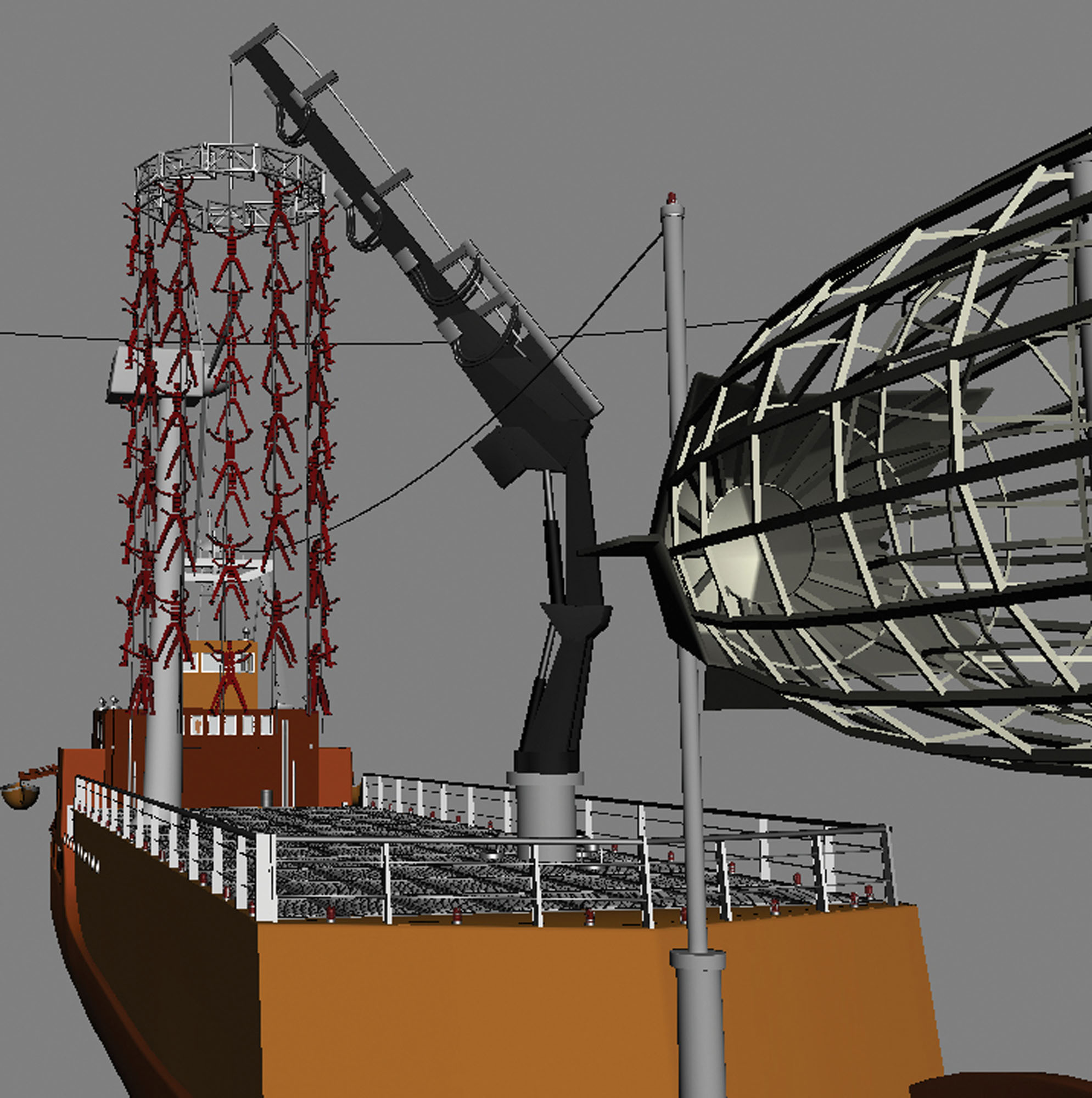 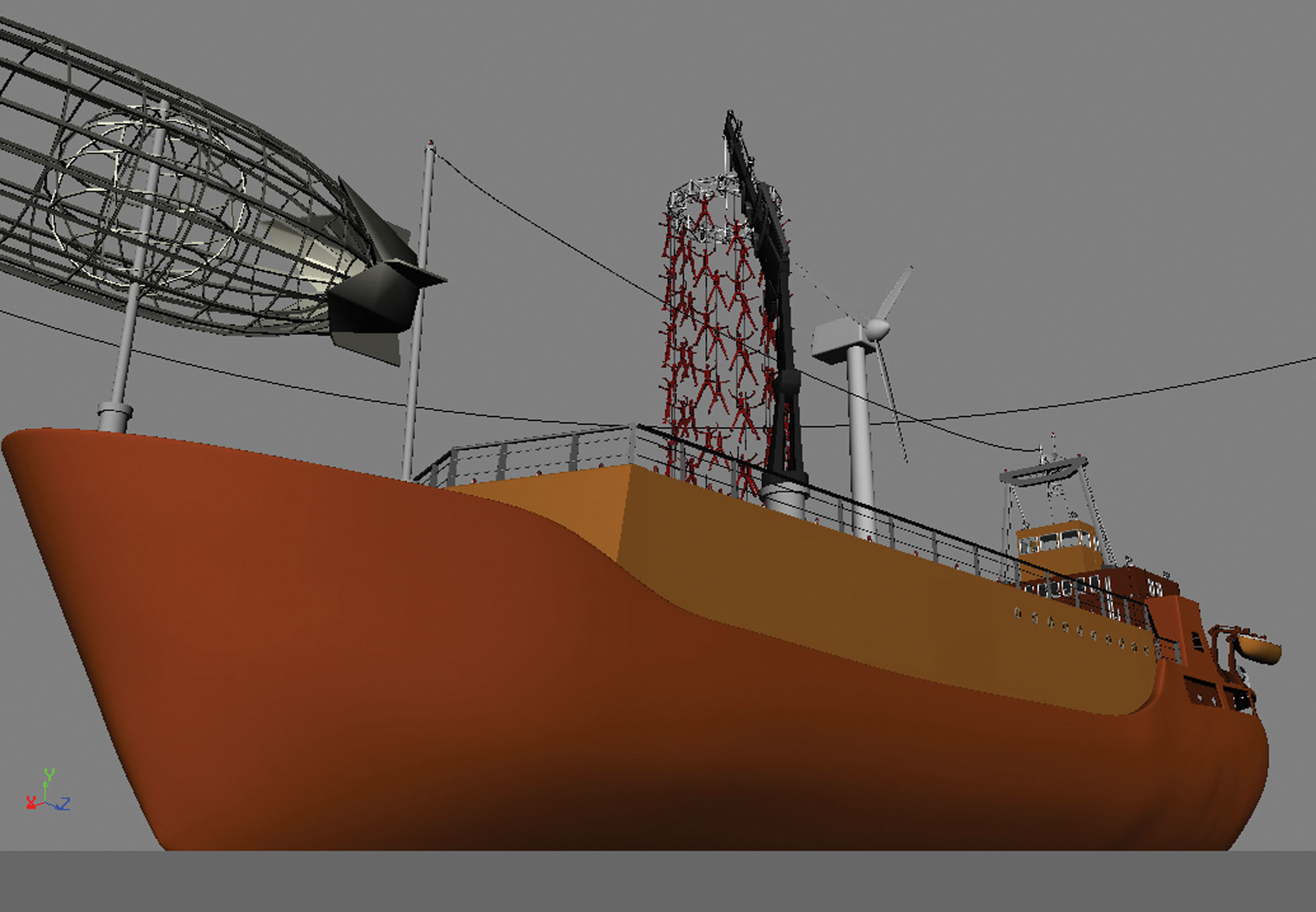 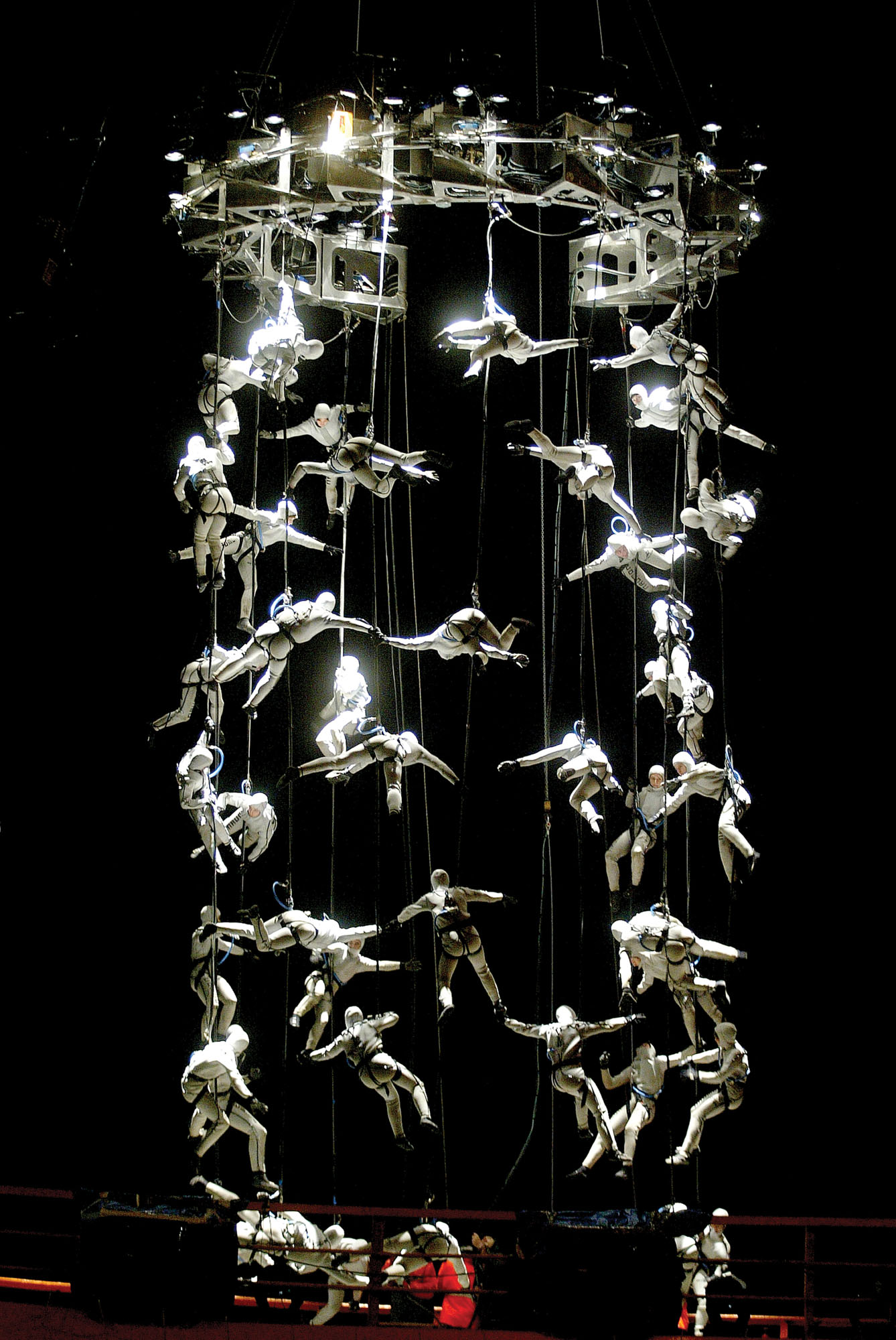