Noun is one of La Fura’s richest and most complex recordings. The standard of the musicians who collaborated, and the very high production values, make it an emblematic work.
The CD was recorded over four weeks in a country house in Mieres, Gerona, mixed by Pat Macarthy (Suzanne Vega, Japan) and produced by John-Paul Jones (a member of Led Zeppelin). It was mixed at the Real World studios in Box, England, thanks to the kindness of Peter Gabriel.
All the tracks were composed by the four musicians who would go on to tour the show over three years: Ginesa Ortega (vocals and percussion), Juanjo Ezquerra (vocals and drums), Carlos Padrissa (vocals and saxophones) and Miki Espuma (vocals and keyboards). It also includes collaborations from Carles Almeua (violin), Jordi Satorra “Xoli” (documentation of the “compas” or flamenco rhythm and percussion), “El Faraon” (footwork) and Juan Manuel Cañizares (guitar) and the voices of the two girls
of the Ezquerra family.
The texts are by Antonin Artaud, Antón Reiza, Santiago Auserón, J. M. Pinillo Bun, Ginesa Ortega, Miki Espuma and Carlos Padrissa.
The group that was formed for Noun, called Font Sonor de La Fura dels Baus, launched the CD with concerts in various Spanish cities including Madrid, Sant Boi, Olite and Vigo.
NOUN L.P. / C.D.
Virgin 1991
Compuesto por: Miki Espuma, Juanjo Ezquerra, Ginesa Ortega, Carlos Padrissa

Noun is one of La Fura’s richest and most complex recordings. The standard of the musicians who collaborated, and the very high production values, make it an emblematic work. 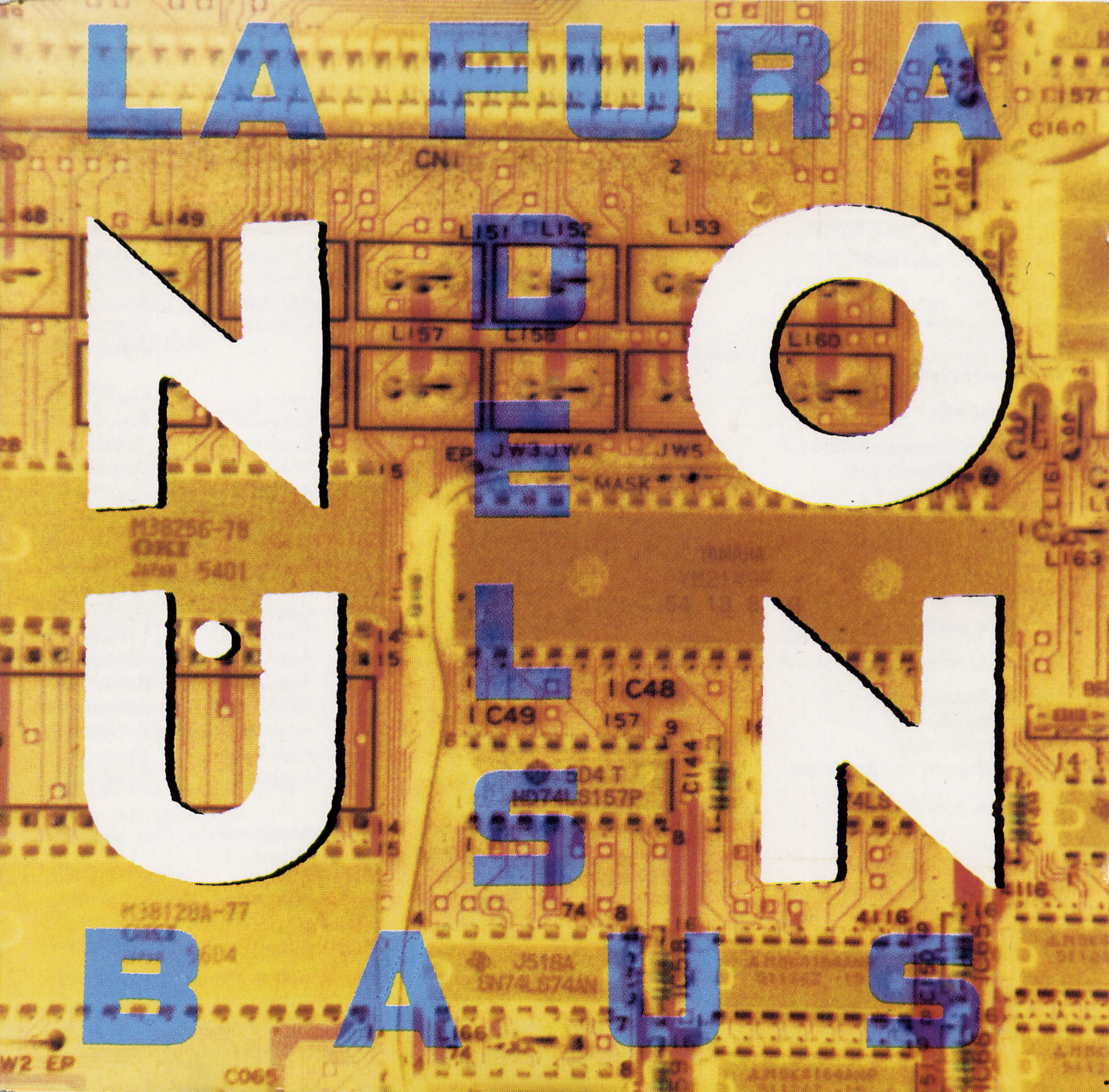