This project is unusual because rather than corresponding to a completed stage show, it is the soundtrack of the macro-production that Mercedes Benz commissioned for performing in large urban spaces throughout Europe. The music was composed by Miki Espuma and Robert Merdzo, an artist who had previously collaborated on Pep Gatell and Jürgen Müller’s project Work In Progress, and would collaborate again in ØBS.
The first part corresponds to the scenes performed above the stage by professional climbers. The music was composed specially by Robert Merdzo and transmits the ideal electronic force for the most organic moments of the performance. The second part, by Miki Espuma, is based on the four basic elements: fire, air, wind and earth. It corresponds to the part set in pods, where La Fura Performers and young actors cast in each city, carry out their improvisation-performances. The final part, composed by Robert Merdzo, is a piece created for voice, and a chorus of twenty people was found to perform it in each city where the show toured. The recording uses the choir “Jessica”, recorded live in Kiel in June 1997.
The CD was recorded and mixed at the Pol-Art studios in Barcelona, using ambient sounds of actors and audiences recorded at Randstad (Germany), home of the Mercedes car factory.
The final master was produced by Marc Sardá, a sound designer and technician who has worked on many La Fura live shows since 1988.
SIMBIOSIS C.D.
BFCD La Fura 1997
Compuesto por: Robert Merdzo, Miki Espuma

This project is unusual because rather than corresponding to a completed stage show, it is the soundtrack of the macro-production that Mercedes Benz commissioned for performing in large urban spaces throughout Europe. 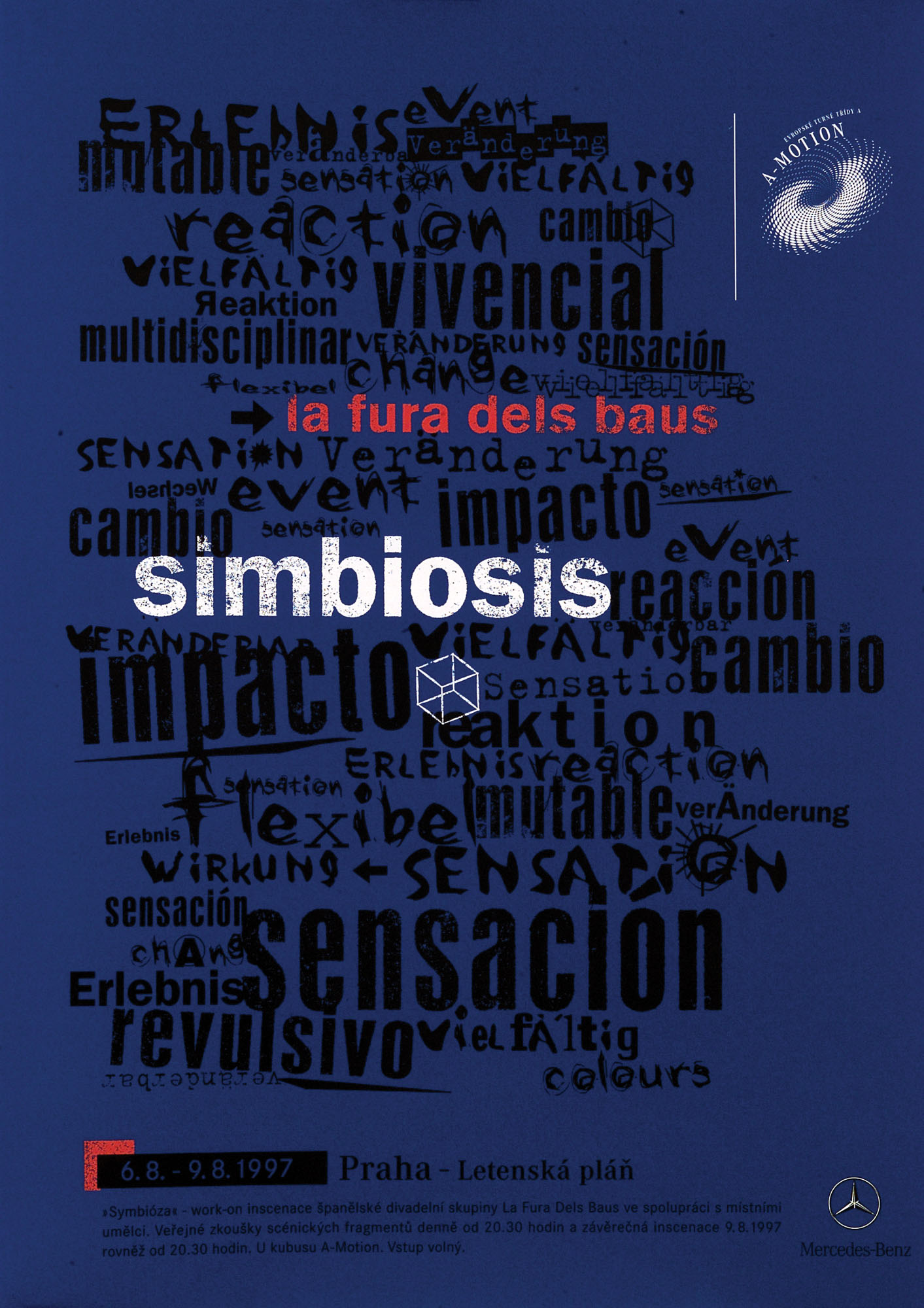